Mr. William Warda participate in the Conference of the Eastern Meeting held in Beirut on 14 and 15 October 2019 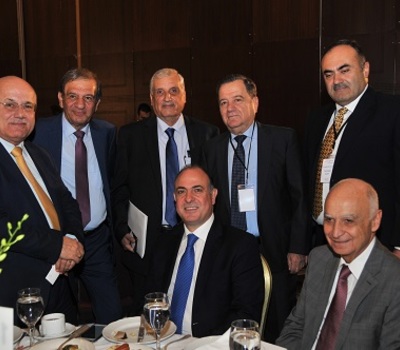 Mr. William Warda, Public Relations Officer at Hammurabi Human Rights Organization, participated in the conference of the Eastern Meeting under the slogan "Lebanon, the homeland of dialogue and civilizations", held in the Lebanese capital of Beirut on October 14, 15, 2019. His participation came along with more than 120 personalities from different political, Human Rights and religious specialties representing many Eastern countries in the framework of the following headings:

How to protect diversity and national and religious pluralism in the East and preserve diversity and pluralism as a global responsibility and together in the face of extremism and abolition. The final title was devoted to Lebanon's role as a homeland of a message and a model of freedoms and values.

One of the first speakers at the conference was His Excellency President Michel Aoun President of Lebanon, who called that our message as Eastern is to develop a new culture that refutes all that is said and written about the conflict of religions and civilizations, because there is one human civilization that is multicultural and the East that gave religious thought to the world It cannot be allowed to be transformed into a small isolated space.

Speaking at the conference, HE Mr. Gebran Bassil the Lebanese Foreign Minister, pointed out the importance of understanding Eastern as not an alliance of minorities, but an alliance of values and principles open to all people the only victory is that diversity in all components, he also noted that no one should be presumed to be a minority in the East, we are all sons of the East, all of its history and future we build together if any component is lost it loses soul of itself stressing that Oriental is a heavy civilizational lap that extends over the area of Iraq, Syria, Lebanon, Jordan and Palestine, but we want to transform it from a mere concept of incubation to a sensory geographic incubator in the hope that it will take the form of a political-economic entity that preserves this amount of civilization and cultural heritage unprecedented in the history of mankind.

He also pointed out that Oriental is a great legacy that is not enough to preserve it. We must invest and do it for the good of our people. Our orientalism is openness and diversity, embracing our Arabism, Aramaite and Kurdish.

Among the speakers were the Secretary General of the Eastern Meeting, Mr. Habib Afram, the Head of the Syriac League, who said that Orientalism does not seek protection of anyone and rejects any aggression against any sovereignty and any violation of international law. Orientation is not a fragmentation, division, or destruction of the homeland but on the contrary, a guarantee for all homelands and for every human being.

Other speeches and interventions emphasized the concept of participatory solidarity in order to develop a future vision that protects the East from all the dark policies of terrorism aimed at perpetuating rupture, fragmentation and demography.

Among these interventions was an intervention by Mr. William Warda in which he focused on two aspects:

The first diagnostic pointed out that what happened and is happening in Syria, Iraq and other parts of the east was the result of repression and deprivation carried out by unjust authorities aimed at reducing diversity within the framework of national and ideological approaches, targeting Kurds, Assyrians, Turkmen and other basic components, adding that all the genocide that took place in the accurate description, targeted these components as human beings, cultures, languages and valleys, turning to some examples of the subject of Iraqi Christians, he said that the Iraqi Christians did not emigrate as a result of poverty and poor economic conditions, but because of violence, repression of freedoms, lack of justice and lack of respect. Participatory pluralism and the lack of a real will to reform the constitutions and laws, citing constitutional article 21, which Hammurabi Human Rights Organization is still seeking to change after it turned to Article 26 of the Unified National Identity Law, which is unfair in every measure because it gives the right to Islamize children. Non-Muslims if one of the parents becomes Muslim, while this should not apply if we take equal rights to all Iraqis, Muslims and non-Muslims.

The second part of his interventions called for the development of effective mechanisms and solutions based on achieving transitional justice and reforming laws and constitutions and work in accordance with the directions that ensure positive discrimination, which includes all components and reform of educational curricula and confirmation from democracies put everyone in the line of embarking on a single opportunity away from any exclusion, isolation or absence. 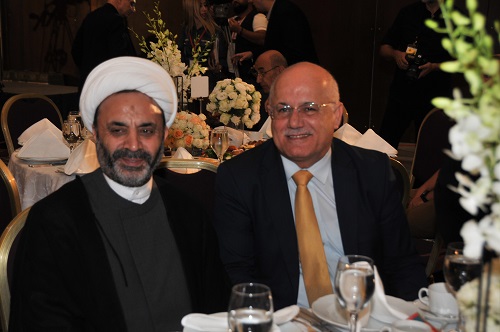 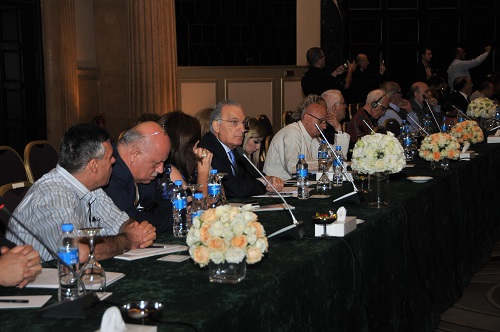 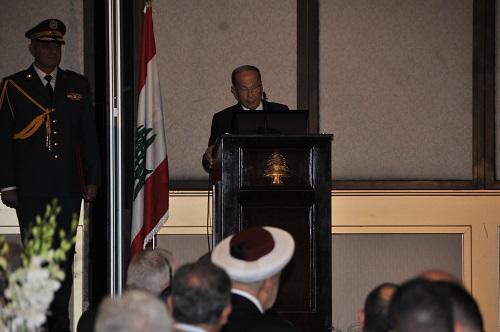 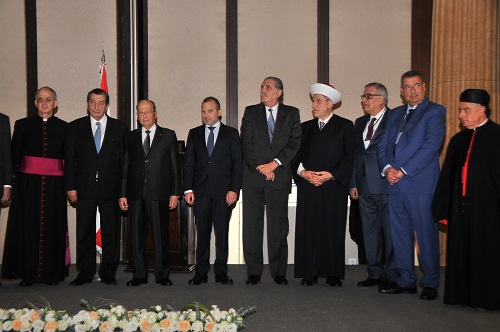 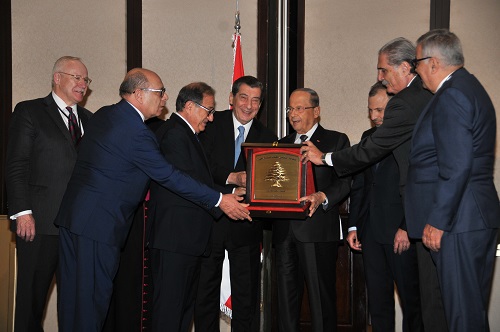 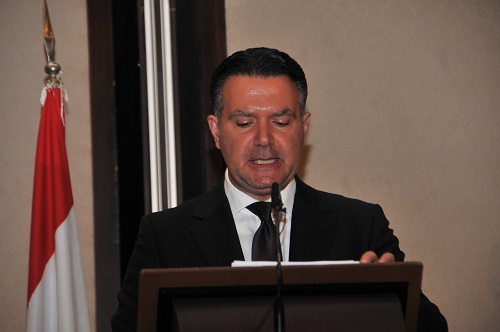 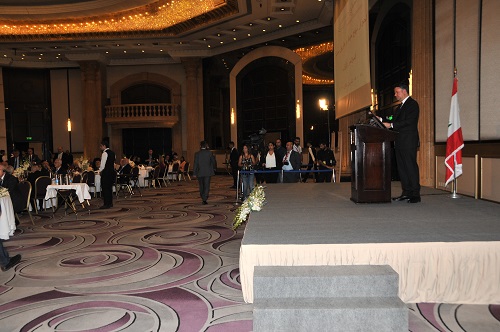 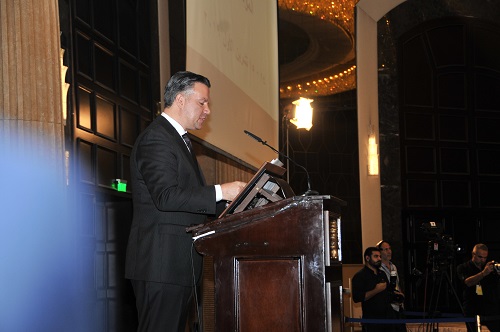 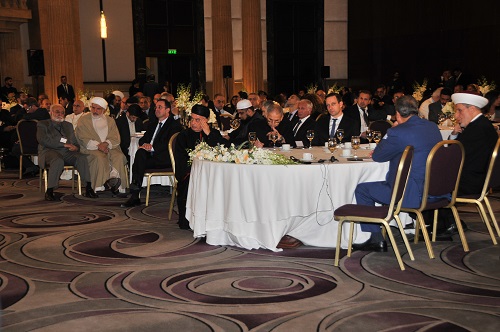 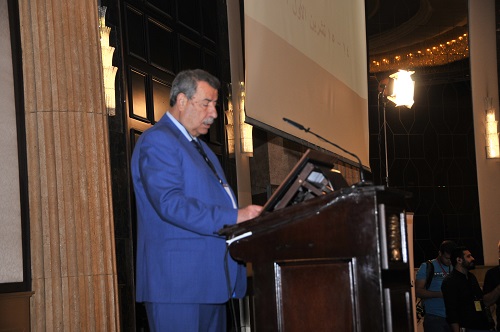 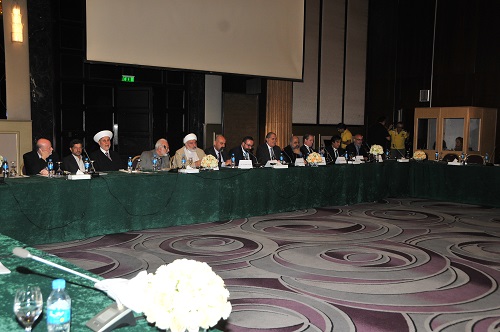