Mrs. Pascale Warda provides briefing documented with pictures and field testimonies, on some of the achievements of Hammurabi , a relief and human rights Organization concerned with children 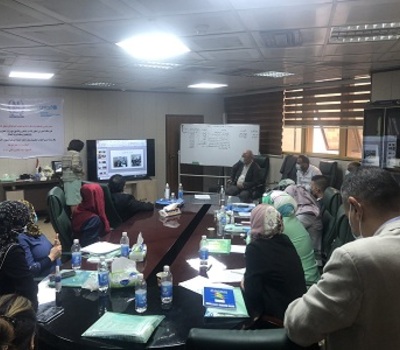 During the third workshop and within the project of advocacy and capacity building to support the Iraqi government to implement the Convention on the Rights of the Child, Mrs. Pascale Warda presented lectures and briefings to review summaries of some human rights and relief achievements of Hammurabi Organization.

Mrs. Warda's lectures was documented with pictures, testimonies, letters of appreciation and gratitude received by Hammurabi Human Rights Organization from many Iraqi and international institutions indicating and confirming that these achievements expressed a pure national vision because they included Iraqi components of various affiliations and trends, in turn, the organization, as adopting these national orientations, is also keen to diversity of these achievements, to include two educational, health, social and cultural initiatives, while giving more attention to the Iraqi components that have been affected by human rights violations more than others while providing some privacy in caring for women and children, the most social strata and the most marginalized under the phenomena of displacement

In her briefing Mrs. Warda said that what Hammurabi Organization offers comes as a field implementation of the goals set out in its rules of procedure and of many resolutions and readings adopted by its board of directors.

Participants make interest of this presentation specially that Hammurabi's achievements remained on a growing line despite many challenges including severe security risks in Nineveh Plain, Mosul, and in other areas of Iraq, which remained a hot security hotspot to the point to the extent that it has almost led to the death of some of the workers.