A delegation of the French Parliament in the French region Auvergne-Rhône accompanied by Mr. Yohanna Yousef Tawaya, inspected the construction works of Qaraqosh School- the first under construction in Hamdaniya. 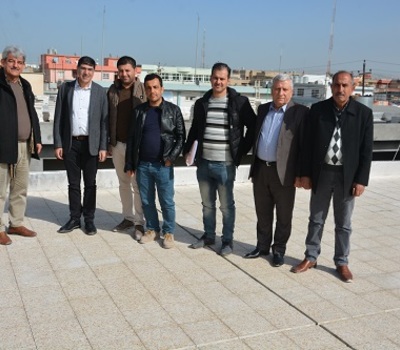 A parliamentary delegation representing the French region Auvergne-Rhône inspected Qaraqosh School- the first which is currently under construction at the center of Hamdaniya District, and the visit came on Thursday 27 February 2020 as part of an inspection tour by the delegation that includes Dr. Pierre Delacroix and Dr. Herve Marceau accompanied by Mr. Yohanna Yousef Toma Head of HHRO branch in Erbil and Mr. Roger Khairallah, representative of the French Foundation (Raoul Follereau).

The deligation received at the work site by Mr. Louis Marqos Ayoub, Vice president  of Hammurabi Human Rights Organization and the engineering team of the School Buildings Department in the Nineveh Education Directorate supervising their implementation by the above Directorate, where the delegation toured the building and looked at all its departments and that the work has reached an advanced stage exceeding 80%, as construction work is expected to be completed at the end of next April.

It is to be mentioned that the project of Qaraqosh School- the first implemented by Hammurabi Human Rights Organization is carried out in partnership with number of French institutions, which are (Mireille, Saint Irenaeus, Raoul Follereau, and Île-de-France region), and this project is being implemented to support the return of displaced families and enhance their stability in the areas of return, it is hoped that the organization and its partners from the French institutions will have other projects in the health sector in order to develop this vital sector and improve the medical and environmental level to serve the community of Nineveh plain and Mosul. 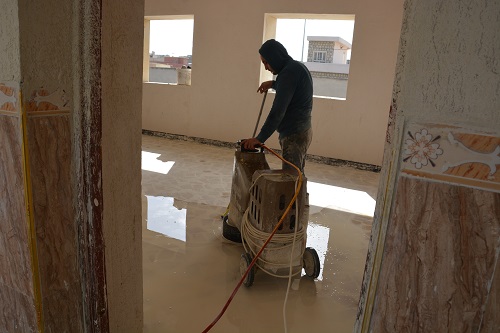 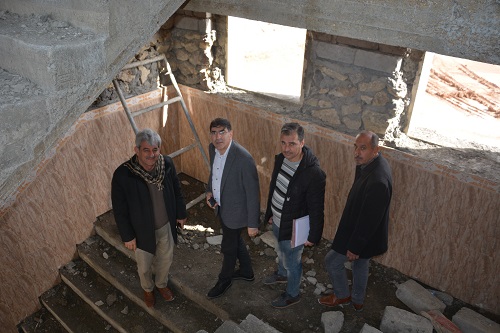 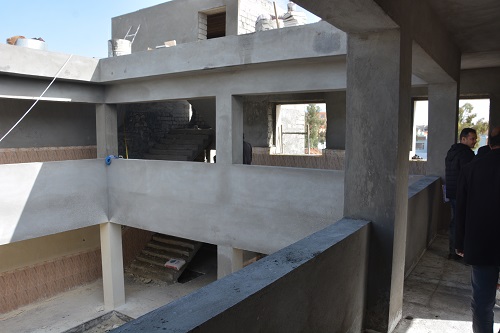