According to the Article 11 of its rules of procedure 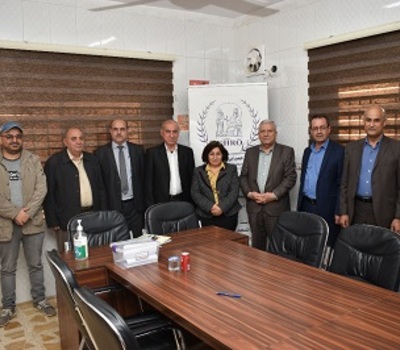 According to the Article 11 of its rules of procedure

The establishment of Hammurabi Human Rights Organization branch in Nineveh Governorate was held on 26th February 2022 according to the Article 11 of its rules of procedure to elect the board of the branch implementing the decision taken by the organization’s Board of Directors in this regard.

The founding conference of the branch was held in the presence of the members of the General Board residing in Nineveh Governorate under the supervision of Mrs. Pascale Warda, Chairwoman of the organization, and Mr. Louis Marqos Ayoub, the vice president. According to democratic contexts, six members submitted to the Administrative Body of the branch,four of them won with the highest votes. Mr. Yohanna Youssef Tuwaya got the votes of all the participants in the conference, while Mr. Amir Saeed Malallah got seven votes and Mr. George Yaqoub Issa got four votes. Mrs. Pascale Warda response to the reporter of Nergal News came in order to expand and focus the activities of the human rights and relief organization and to provide more of these activities throughout the governorate and to maintain the civil relationship with the residents, while Mr. Louis Marqos Ayoub said that the establishment of this branch came as a necessity after the human rights and relief achievements by Hammurabi in Nineveh governorate.