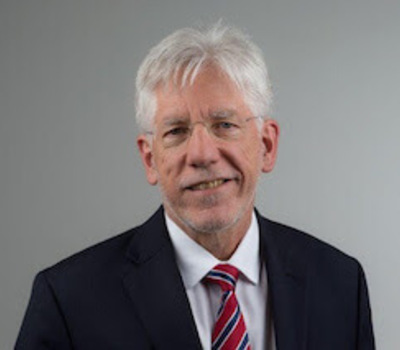 Mr. William Warda, the public relations officer of the Hammurabi Human Rights Organization, sent a letter to Christian Solidarity International, congratulating the venerable organization on elevating Dr. John Eibner, a distinguished thinker, human rights field worker, and faithful friend, to its presidency. In the letter, he described what makes Dr. Eibner exceptional: his courageous stands, his clear humanitarian vision, and the consistent importance he gave to caring for the poor, persecuted, marginalized, and oppressed. The letter included examples of the accomplishments of Christian Solidarity International and of how Dr. John Eibner was faithful in implementing them on the ground in cooperation, partnership, and integration with the Hammurabi Human Rights Organization, despite the risks to his personal safety. These actions were taken in defense of Iraqi minority groups subjected to persecution, terror, violence, and marginalization. In addition, the perspectives he brought to Iraqi government officials and human rights activists served as a model and a source of direction, and led to an improvement in conditions for minority groups and a reduction of terrorism, violence, and incitement. He also led pioneering relief efforts.

The letter of Mr. William Warda also praised the exceptionally positive role played by the outgoing president of the organization, Mr. Herbert Meier.

The text of the letter:

Greetings of esteem and respect.

We were greatly pleased to receive the news that Dr. John Eibner, a faithful friend with many great, pathbreaking achievements to his name, was appointed to the leading position in the organization Christian Solidarity International, that is, to the presidency of this venerable organization. It is a position he merits by the noble, determined stands he has taken.

The distinguishing feature of CSI is its steadfastness and determination in the cause of humanitarian protection and relief, without regard to religious, ethnic, or familial background. CSI has exemplified this cause in its many accomplishments in countries around the world, including Iraq.

We in the Hammurabi Human Rights Organization are filled with joy and delight at this wonderful news. Our organization carries the memory of the many honorable positions Dr. John Eibner has taken, and his continual work on the ground with Hammurabi teams in Mosul and beyond, in the most remote places in Iraq, to aid the displaced and the refugees and the most helpless, who have no help but God.

We recall Dr. John Eibner’s faithful work on the ground in Iraq, as well as the support that CSI provided for the activities of the Hammurabi Organization. CSI supported a number of its projects and programs, and made it possible for us to begin more. This was a true partnership, based in seeking justice for oppressed, persecuted, and marginalized Iraqis.

The partnership between Hammurabi and Christian Solidarity International began in the year 2007. Since then, we have been working together in the face of tragic events afflicting minorities in Iraq. We will never forget our early work together, standing in solidarity with the Christians who fled from Baghdad and Mosul to the Nineveh Plain in 2007, as a result of acts of identity-based violence. The targeting of Christians increased on a wide scale in Mosul in 2008, and the two organizations brought aid and relief to the places in the Nineveh Plain that Christians had fled to: Tel Kayf, Tel Asqof, Karamlees, Bartella, Bakhdeeda, Al-Qosh and elsewhere. The two organizations soon realized that there was a need to bring the voices of these victims before the authorities; therefore, we worked together to hold two large conferences to support the Christian presence in Iraq, one in Baghdad in 2009 and the other in Bakhdeeda in the Nineveh Plain in 2010. Their recommendations and resolutions were brought before the Iraqi government, parliament, and the president of the republic, and helped focus attention on the crisis of Iraqi Christians at both the domestic and international level.

Likewise, the Hammurabi Organization cannot forget the stand CSI took when ISIS terrorists invaded the Nineveh Plain, Sinjar, and Tal Afar in the summer of 2014, and more than 120,000 Christians and up to 500,000 Yazidis and hundreds of thousands of Shabaks, Kaka’is, and Turkomans were displaced to Dohuk and Erbil and Sulaymaniyah. The inexhaustible support of CSI, and its cooperation with Hammurabi, had a big impact in alleviating the suffering of the displaced and the refugees. To the remote villages and camps and tin shacks and unfinished houses where the refugees fled, CSI delivered clothing, mattresses, coverings, blankets, heaters, food, water, medicine, medical treatment, and other essentials, including support for schools, teachers, and transportation for students.

During the liberation of the Nineveh Plain, Sinjar, and Mosul, and afterwards, the two organizations helped the displaced to return to their homes, by extending a helping hand to the returnees and providing food baskets and water filtration systems to families and schools.

We witnessed on the ground the magnitude of the risks which Dr. John Eibner and his CSI colleagues exposed themselves to. In 2017, he insisted on participating personally with the brave teams of the Hammurabi Organization in bringing food and water to the residents of the battle-torn western side of Mosul, while battles were raging only one kilometer away, on the day the famous al-Hudba’ Minaret was blown up.

We recall this here to express our conviction and recognition that Dr. Eibner deserves the highest of honors in the defense of human dignity and the values and principles of human rights, and he truly merits his appointment to the presidency of the International Council of Christian Solidarity International. We congratulate the organization of CSI and all of its members on this happy event.

It is our honor as well to recognize the efforts made by the former president of Christian Solidarity International, Mr. Herbert Meier. We recall that in 2009, when the Hammurabi Organization held a conference in Baghdad to support the Christian community in Iraq (under the patronage of the Iraqi vice president), Mr. Meier led a large delegation from CSI to support the conference.

He gave of his efforts and his time to protect the rights of the oppressed in the face of terror, violence and deprivation.

We extend our gratitude and esteem to the former president of Christian Solidarity International.

And we extend our gratitude and respect to Dr. John Eibner, the thinker who has taken a distinguished stand in the field, who has dedicated 30 years of his life to persistent work in the field of human rights, a pioneer in the defense of the persecuted Christians and other persecuted and marginalized groups in a number of countries in the world. We repeat our congratulations to Dr. Eibner and the members of Christian Solidarity International and all of its supporters, and we look forward to the expansion of our cooperation and shared work in the strengthening of human rights, including religious freedom and the values and principles of human dignity. 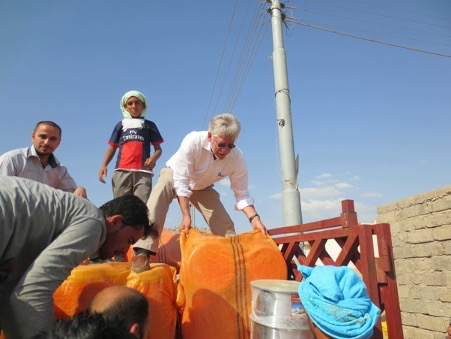 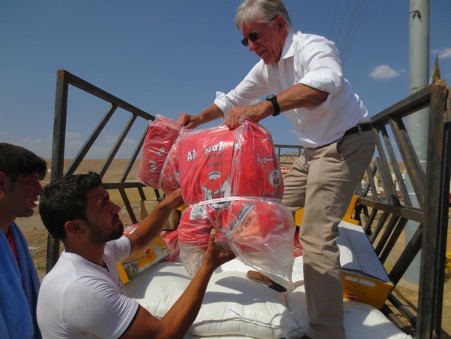 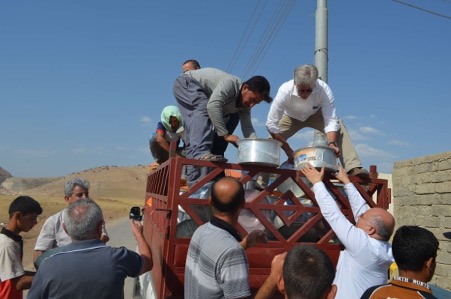 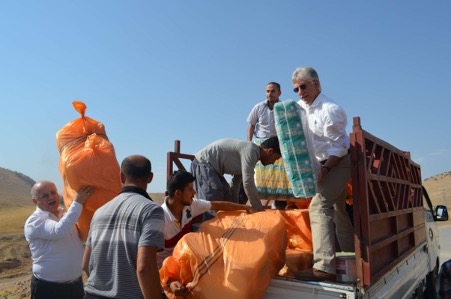 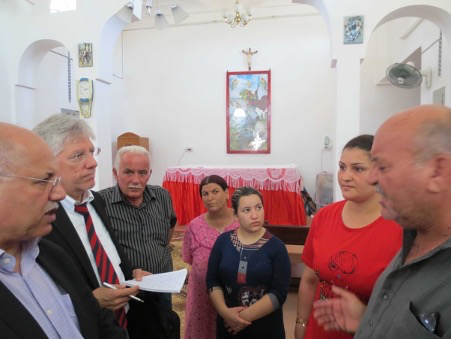