At the French Institute in Iraq 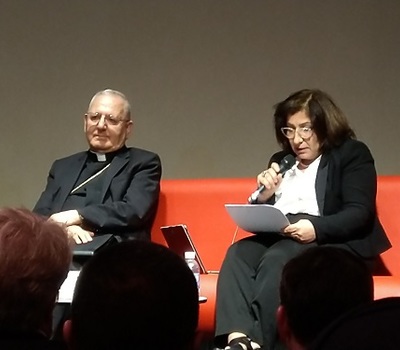 The hall of the French Institute in Iraq witnessed on Monday evening 14/10/2019 a commemorative symposium on the Christian and Yazidi heritage in Iraq, focusing on the evaluation of this ancient heritage and how to protect and develop means of identification as one of the main pillars of the civilization of Mesopotamia (Iraq).

The first Speaker at the Symposium was His Excellency the French Ambassador in Baghdad, Mr. Bruno Aubert, welcoming the participants in the symposium, pointing out the importance of its work because it proceeds from a human and civilizational value to safeguard Iraq's deep civilized heritage, not only for the sake of not losing this heritage, but also for it is a heritage of its universal values and human features that has been of great value to other civilizations.

Afterwards, Mr. Pascal Maguesyan, head of the French Organization Mesopotamia concerned with the preservation and protection of human heritage, focused on presenting a regional and historical presentation of the monuments and civilizations of Christianity and Yazidis in Iraq in general, pointing out that this heritage was subjected to terrorist attacks that tried various means of destruction, burning and torpedo canceled this heritage, also touching on the efforts made by Mesopotamia to conduct a documentary field census of the Christian and Yazidi heritage throughout history and the situation reached after the attacks throughout history, noting appreciation and gratitude for the efforts made by Hammurabi Human Rights Organization to protect this heritage and the services provided on this way and coordination adopted with human rights organizations to do so.

The third speaker was His Beatitude Patriarch Cardinal Mar Louis Raphael Sako, , Patriarch of Babylon on the Chaldeans, who provided an accurate summary of the Christian national presence in Iraq, and how the Christians provided great services to Islam, they were doctors, linguists, administrators and leaders in many areas of life, also reaching the great status enjoyed by the Christian component in the management of Islamic State affairs, His Holiness touched on the tragedies and scourges suffered by Christians in Iraq, stressing that the civilization of Iraq was originally based on diversity and dialogue because God is one and everyone worships him, so why differences originally as long as they agree on this principle.

Mrs. Pascale Warda, head of Hammurabi Human Rights Organization , addressed the presentation of a briefing on the heritage, stressing that Human rights are indivisible and human dignity is inalienable referring to the contents of the International Charter in the Universal Declaration of Human Rights among the first articles "All people are born free and equal in dignity and rights", thus, heritage is the root and profound aspect of the identity that is the inherent internal part of the identity of the person and the groups as well. Therefore, the protection, preservation and defense of this heritage is at the service of the human in his most precious rights, which is identity. Heritage is a human right, as recognized by the United Nations in 2017.

Mrs. Warda reviewed several texts of international treaties and instruments that preserve the historical and cultural identity of human beings in humanitarian activities characterized by literary, artistic, urban and professional diversity, including those provided by the international organization specialized in education and culture and what it is trying to provide to countries for the preservation of archaeological sites being human rights.

The researcher and expert archaeologist Dr. Nermin Ali from the University of Salah al-Din in Erbil, addressed the quality of the sabotage, which affected the Christian and Yazidi monuments in Iraq at the hands of terrorist groups and provided painful images of what happened, where the bombing, burning and removal of heritage features very deep and cultural significance.

The last speaker was Mr. Shukr Khader, Yazidi activist and notary who called for correcting the deliberate distortion of the Yazidi religion, which was also devoted to the painful page of ISIS against this ancient religious component.

The symposium, which was moderated by Mr. Saad Salloum, Chairman of the National Council for Interreligious Dialogue, witnessing discussions to find approaches to protect the Christian and Yazidi heritage and the efforts of Mr. Jean Noel Balco, Chancellor for Cultural Cooperation in Iraq and Director of logistic affairs in the French Institute which have a great impact on the success of this symposium.

An exhibition, supervised by Mesopotamia Organization, opened in photographic proceedings with explanations of Christian and Yazidi monuments throughout Iraq. 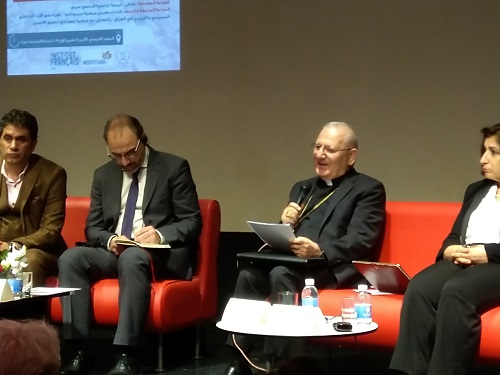 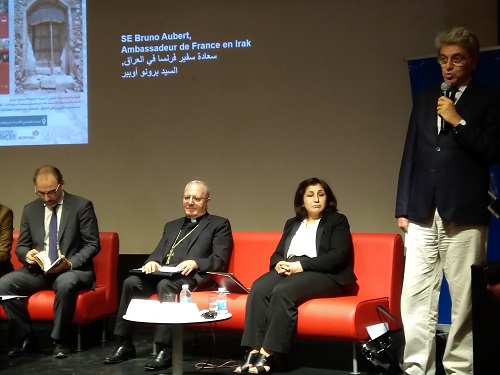 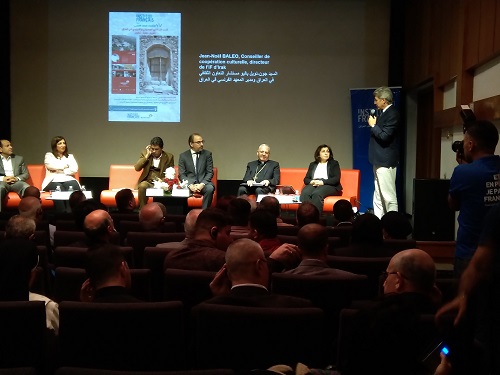 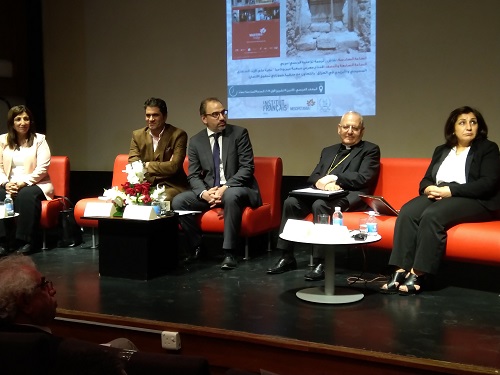 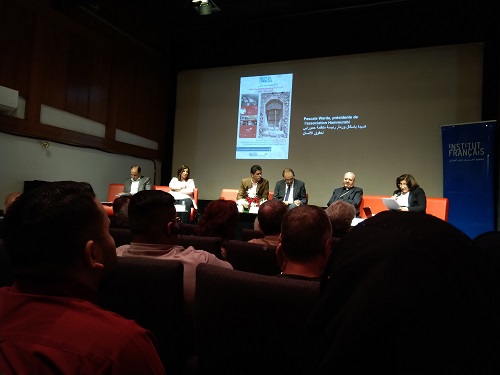 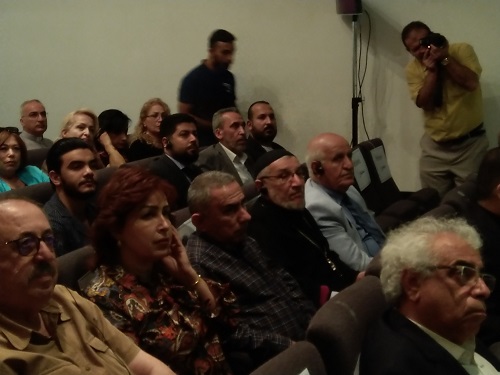 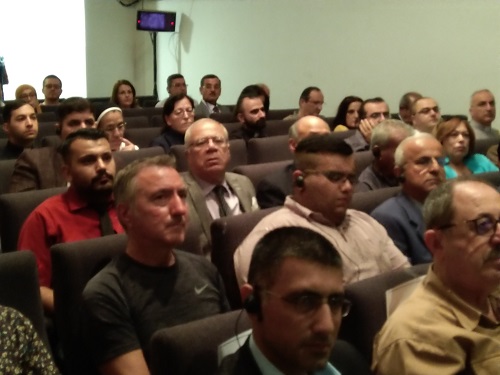