Choosing Mr. William Warda as Official Spokesman for the Media Office of the Prime Minister 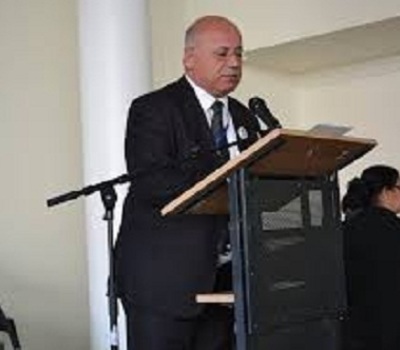 Informed sources reported that Mr. William Warda was chosen as part of the team of spokesman of the Iraqi Prime Minister, Dr. Adel Abdul Mahdi.

The sources confirmed that a decision was issued in this regard during the first week of September 2019 and he started his work in the new job.

The same sources confirmed that chosing of Mr. Warda of this media responsibility is of obvious importance from the fact that he is a well-known Christian figure, and this is the first time that an Iraqi Christian is occupied by a media responsibility in the Council of Ministers, a situation that reflects a clear openness to the media experience, especially as he is qualified on the scientific and media levels and the work of relations and humanitarian.

Mr. Warda got a Master Degree in international political studies and is fluent in Arabic, English, Syriac, Aramaic and Kurdish languages, and was an active member of the Iraqi opposition that faced the dictatorial Saddam regime.

He has more knowledge interests in the Iraqi and international affairs and has assumed number of human rights responsibilities through Hammurabi Human Rights Organization, Alliance of Iraqi Minority Network and the Iraqi Forum for Human Rights Organizations, and issued researches and studies in many headlines of an intellectual and political nature. Several papers were presented at conferences inside and outside Iraq.

As for the cultural and media levels, he held several advanced positions, he was the founder and the general director of the Assyrian satellite channel, supervisor and general director of Assyrian Radio and editor-in-chief of Bahra newspaper and took over the management of Nergal news agency , he was also the editor-in-chief of Iraq News newspaper.

Mr. Warda managed number of training and documentation projects in documenting human rights issues and monitoring violations, his reports and researches received by more international concerns, has been hosted in number of international institutions and forums, has been hosted by the US Department of State more than once on issues related to minorities and human rights issues, he gave research and lectures in several universities and research centers in European and Arab capitals and cities.

He also participated in number of international conferences on human rights, freedoms, justice and human dignity, including Madrid, Rabat, Tunis, Doha, Brussels, Florence, London, Glasgow, Washington, Berlin, Stockholm and others, and has close cooperation with (UNAMI in follow-up of many issues of human rights and human interest, as well as his well-known jurisprudence in the fields of international relations and the protection of minorities and public relations, and transitional justice and concepts and applications of respect for human dignity.

Mr. Warda received numerous awards and certificates of appreciation, including an international award in media security and freedom awarded to him by the council of Italian city of Siena and the 2012 International Prize for Human Rights Defenders awarded by the U.S. Department of State and returned by the 2019 Defenders of Religious Freedom Award and tens of thanking and appreciation letters.