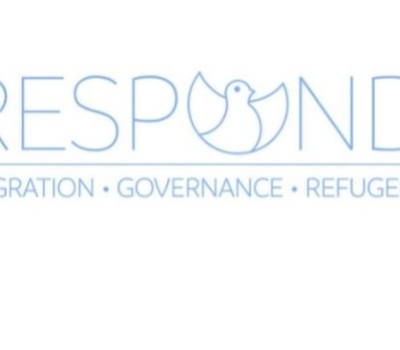 Hammurabi Human Rights Organization completed three sub-projects from the large known project (Respond) that the organization has been implementing since December 2017, provided that its full completion is completed in December of next year.

The projects accomplished in this regard included three reports, the first on the Iraqi legal framwork regarding immigration, the second on the policies adopted in Iraq in managing borders to receive immigrants and refugees, while the third report relate to the extent to which Iraq responds to laws, protocols and agreements on migration and the protection of refugees and to the extent to which they apply the humanitarian standards contained in those rules and have positions evolved the Iraqi government towards, it in addition to the activities that guarantee the rights of immigrants and displaced persons. in this regard, Mr. William Warda,  member of the Board of Directors and public relations officer of Hammurabi Human Rights Organization and the Head of Iraqi team for implementing the project of (Respond) said, that the strides made by the project management were multiple and various and focused on multilevel nature as well as contacts and dialogues of the project management conducted with the Iraqi government institutions in the Ministry of Interior, and the Ministry of Migration and Displaced and representatives of International and National Non  govermental  Organization.

In this regard, the HHRO organized number of seminars and workshops, as well as visits to refugee and displaced camps and conducted detailed dialogues with number of them to accurately delineate the merits and facts of migration and asylum inside Iraq. The organization also coordinated the information with the United Nations Mission in Iraq (UNAMI) and with number of aspiring civil organizations on the affairs of immigration and the displaced, while Prof. Dr. Hamid Shihab, member of Iraqi research team, “said that the Iraqi experience in dealing with issues of migration and the displaced is growing and seeks to adapt its procedures to the international standards mentioned in the texts and special instruments. In this regard”.

It is to be mentioned that there are other paragraphs of the Respond program related to the rehabilitation of refugees and displaced persons by providing service to them, as two rehabilitation centers have been opened, one to provide legal services  in Nineveh Plain and the second in Erbil to rehabilitate refugee and displaced children through art, Hammurabi Human Rights Organization is still in the process of Implementation. Of the remain reports related to Respond project in the next few months.

It is known that Hammurabi Human Rights Organization is implementing a (Respond) project in favor of the European Union and within a group of organizations, universities and research centers concerned with this issue.