● Mrs. Pascale Warda participate in a meeting chaired by Mr. Karim Khan, Chairman of the United Nations Commission for the Investigation of ISIS Crimes. 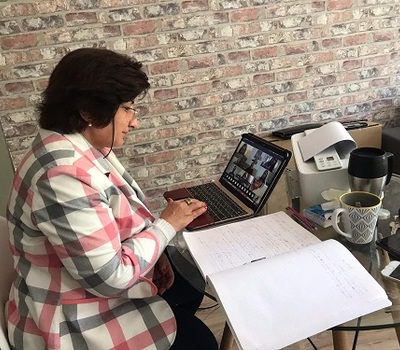 Mrs. Pascale Warda, Chairwoman of Hammurabi Human Rights Organization, participated in the first meeting, chaired by Mr. Karim Khan, Chairman of the United Nations Commission for investigation ISIS Crimes. The meeting took place on Monday, 1/6/2020, including number of members of the UN Security Council Committee cooperating with the UN Mission in Baghdad. The meeting was held via an electronic service including number of officials and representatives of non-governmental organizations within the framework of an approach of including the most active and human rights organizations and the importance of reinforcing psychological treatments and legal solutions, and procedures that include compensation and integration according to transitional justice mechanisms ·

The meeting was inaugurated by Mr. Karim Khan, thanking in advance the Iraqi government and the Iraqi judiciary, who provided them with access to information and evidence and also through the mechanisms of cooperation they have seen. He also praised Sayyid Ali Al-Sistani, his grace Patriarch Cardinal Louis Saco, head of the Catholic Orthodox Church in Baghdad, and Baba Sheikh head of Eziedi religion praising and encouraging the important work of punishing the perpetrators for the crimes committed against Iraqis, especially against the Ezidies, Christians and other minorities targeted by ISIS. He also praised and reiterated his thanks and appreciation to number of organizations that worked with his team since the beginning of this mission. He particularly praised the efforts of Hammurabi Human Rights Organization inside and outside Iraq noting the quick meeting with Mrs. Pascale Warda and Mr. William Warda during their receipt of the religious Freedoms Award in the State Department in July 2019 expressing his hope to cooperate with Hammurabi Organization with its field experience and wide International developed relations and follow-up of the affairs of the Iraqi displaced people.

Mr. Khan also discussed the work done by the investigation team, stressing the importance of continuous and regular cooperation with NGOs.

During the meeting and in her intervention ,Mrs. Pascale Warda expressed her thanks and appreciation to the international team for accomplishing distinguished reports that Hammurabi followed continuously and suggested additional mechanisms for the success of the work and speed up its development clarifying that Hammurabi organization has headquarters in Baghdad, Erbil and Nineveh and deals in the field with victims of forced displacement, as well as with Syrian refugees in the areas of Erbil, Nineveh Plain and Duhok, completing projects for integration and psychological humanitarian rehabilitation of Eziedi children, and worked continuously to issue documentary reports on ISIS crimes and all other forms of violence . These reports are available on the website of Hammurabi Human Rights Organization since 2014, in particular documents on victims of ISIS crimes that have affected women, children and all survivors of ISIS. In response, Mrs. Pascale affirmed that what Hammurabi Organization has provided in this field, along with other governmental organizations is in fact deeper and more relevant to the field than the reports submitted by government institutions.

The meeting took three hours to focus on the importance of not disregarding the rights of victims. 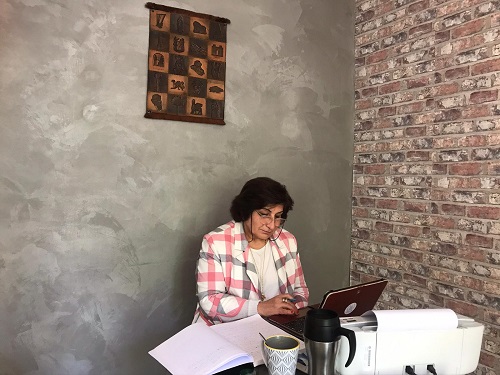