Mrs. Pascale Warda receive an appreciation certificate from the General Secretariat of the Council of Ministers 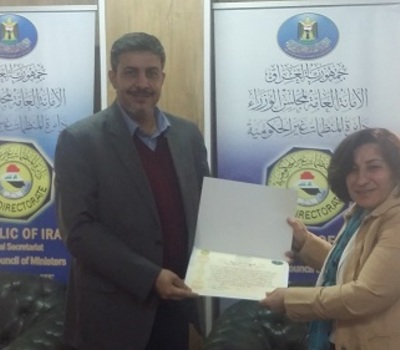 The Director General of the NGO Department at the General Secretariat of the Council of Ministers, Mr. Mohammed Al-Tamimi presented a certificate of appreciation to Mrs. Pascale Warda (Mrs. Sorya Youhana Isho) Chairwoman of Hammurabi Human Rights Organization, Former Minister of Migration and Displaced, founding and leading member of Iraqi Women's Network, Member of Women's Advisory Group on reconciliation and politics in Iraq, in appreciation for the honor received from the Human Rights Council of the United Nations / Middle East and North Africa Office within honoring 30 figures in defense of human rights and in recognition of service to Iraqis in monitoring violations of human rights.

Mr. Mohammed Al-Tamimi thanked Mrs. Warda for her continuous activities in the service of Iraq. 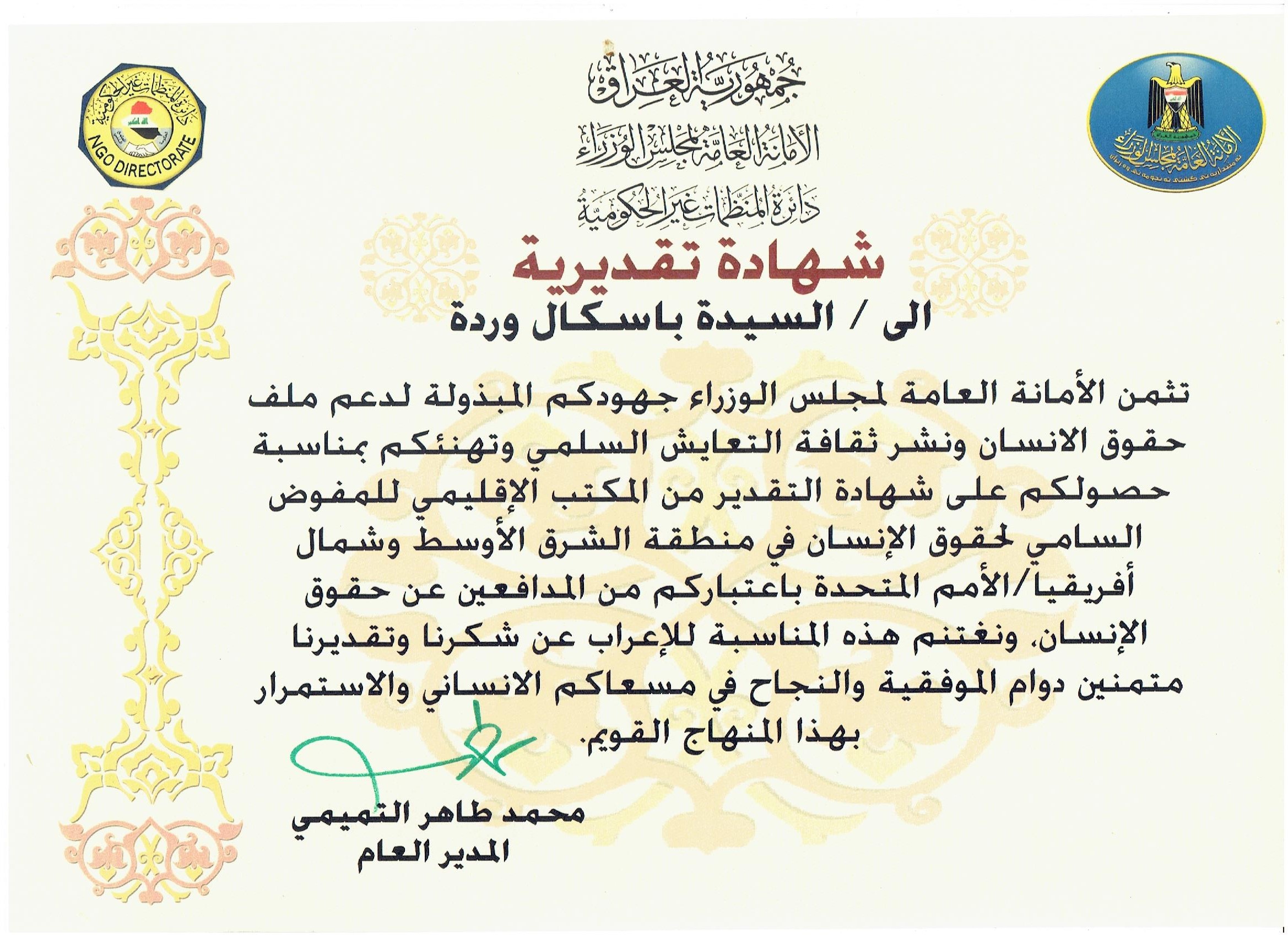