Mrs. Pascale Warda supervise some stages of reconstructing the school of Karaqoush which was destroyed during the occupation of ISIS the province of Hamdaniya 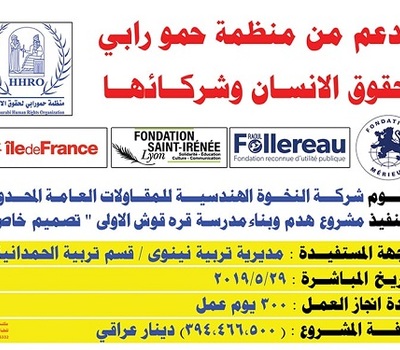 Mrs. Pascale Warda Chairwoman of Hammurabi Human Rights Organization, , supervise some stages of lifting the rubble of Karaqoush Primary school in Hamdaniya district/Nineveh Province in preparation for the reconstruction of the school, which was completely destroyed during the invasion of ISIS to Al-Hamdaniyah within its known terrorist plan in the occupation of Nineveh province.

It is to be mentioned that Hammurabi Human Rights Organization undertook to implement the project with the support of French partners and the implementation of the project has been entrusted to Al-Nakhwa Engineering and General Contracting Co. Ltd.

On May 29, 2019, the work of rubble removal started after the completion of all fundamental approvals by Hammurabi Human Rights Organization from the Ministry of Education in the Federal Government and the Directorate of Al-Hamdaniya. The completion period was set to (300) days with twelve classes with other administrative buildings.

It is to be mentioned that the importance of starting the reconstruction of this school on this day that it comes on the occasion of the 100th anniversary of its construction, where it was the first school to build there and this is a symbolic value has been studied generations of Hamdaniya, the previous engineering design was preserved.

This project is being carried out by Al-Nakhwa Engineering and General Contracting Co. Ltd. using modern specifications in line with the requirements of study and scientific development. 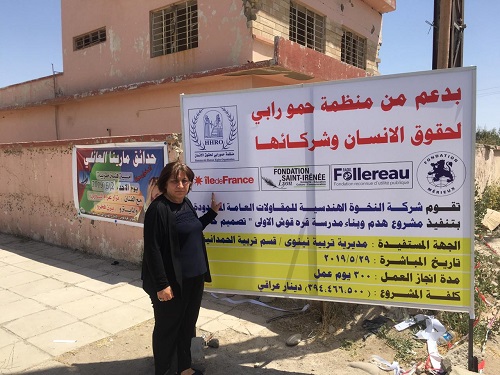 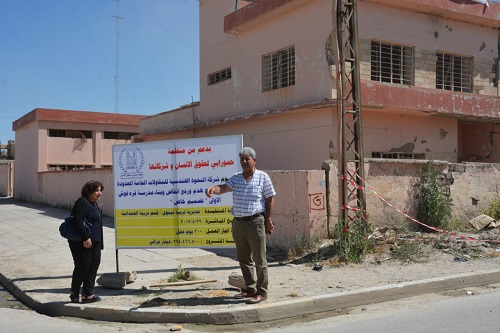 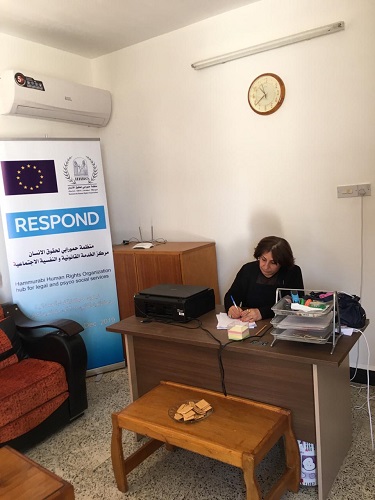 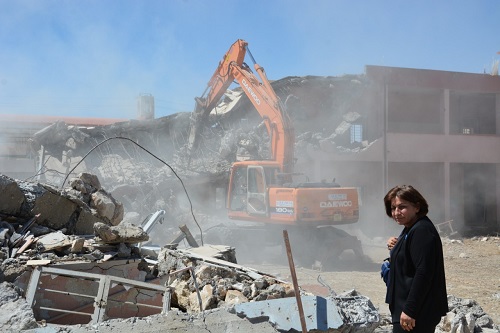 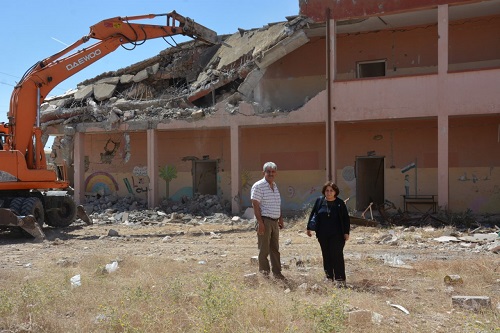 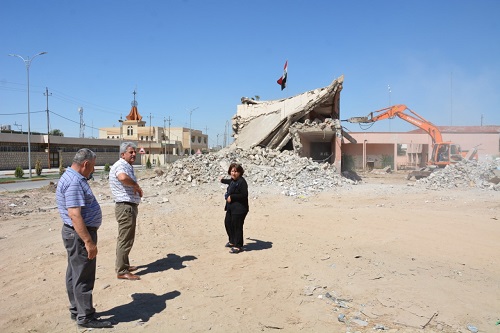