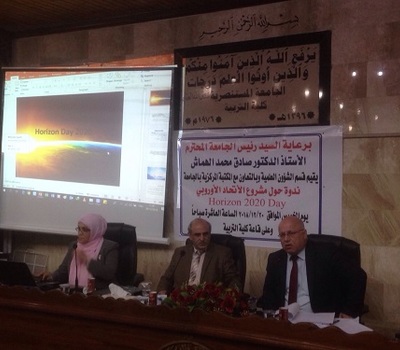 Al- Mustansiriya University - Department of Scientific Affairs held a workshop on Horizon 2020 program on December 20th, 2018, and hosted Mr. William Warda, Director of Public Relations of Hammurabi Human Rights Organization and Head of the research team of the EU-funded (Respond) Project under Horizon 2020 and Dr. Samir Ibrahim Badrawi Director of the Research Center at the Ministry of Science and Technology.

The workshop was moderated by Dr. Zaynab Abdul Wahed Al-Waeli General Secretary of the Central Library of Al-Mustansiriya University.

After presenting the curriculum vitae of the researchers, Dr. Zaynab Al-Waeli gave an overview of the project Horizon 2020 and its importance to the Iraqi researcher and the Iraqi scientific and research institutions.

Dr. Samir Al-Badrawi gave an extensive presentation on the program, stressing that the project is a framework program covering the period 2014-2020 and research is funded by innovations clarifying that there are two ways to participate either individually or as institutions. Dr. Al-Badrawi reviewed the areas covered by the research, the submission mechanisms and the response to the calls launched by the project, explaining that the project is open to all.

Mr. William Warda presented the experience of Hammurabi Human Rights Organization with European Union in the (Respond) project, one of Horizon 2020 projects, stressing that Hammurabi was part of a (Consortium) of (14) research institutions led by the University of Uppsala, Sweden, Universities and centers known as Cambridge University, University of Warsaw, University of Copenhagen, University of Glasgow, Universities of Florence, Vienna, Turkish Universities and Support Center for Lebanon and others. The project is dedicated to the subject of migration and refugees and the impact of mass migration on Europe and other countries of the world, the study covers (11) countries, including countries of origin, transit and destination. The project is for three years started in December 2017 and will close in 2020.

Research should take into account the importance of the topic and the extent to which its objectives are consistent with the issues and priorities that serve the region and the world and its impact on communities, stability, health, education and others. He added that this workshop is an important opportunity to involve Iraqi researchers and scientific institutions in the projects of the European Union and revived the University of Mustansiriya on this initiative.

He added that Horizon 2020 is the EU's largest brain investment research project, an investment in the future and the removal of barriers to innovation, so the EU has placed it at the forefront of the EU's overall sustainable development and job creation plans.

Mr. Warda stressed that one of the main objectives of the European Union of Horizon 2020 is to create a unified market of knowledge and innovations that serve the issues of countries and peoples and that achieve solidarity partnerships to confront the prevailing dilemmas.

The workshop included giving an opportunity for questions and answers. Dr. Hamid Shehab, member of the research team of Hammurabi Organization, suggested during his intervention in the workshop the formation of a national research council to manage the research process in Iraq.

In conclusion, Dr. Samir Al-Badrawi and Mr. Warda answered the questions of the audience and participants, most of them were interested in professors and researchers at Mustansiriya University. 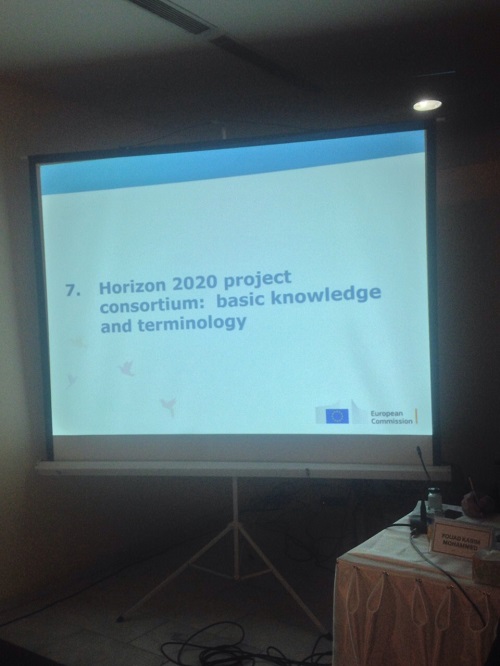 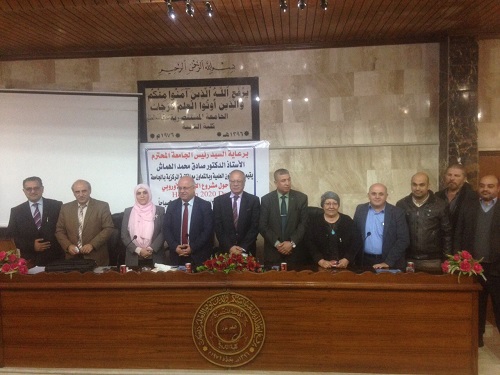 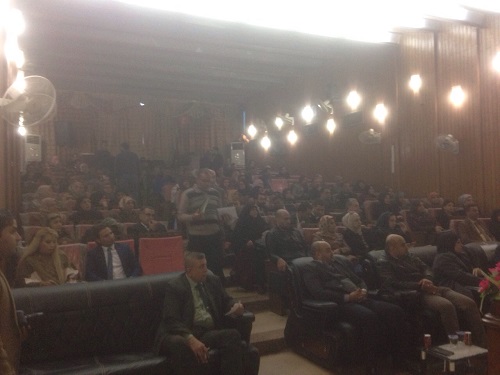 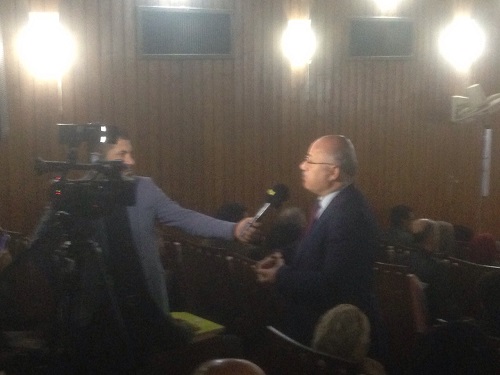