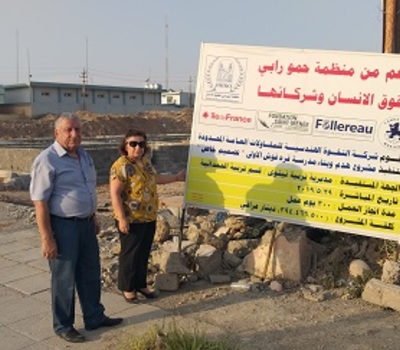 Construction is continuing for Qaraqoush Primary School in Hamdaniya district center of Nineveh province that is implemented by Hammurabi Human Rights Organization. Mr. Yohanna Yousif Tawaya, head of the organization's branch in Erbil is commissioned to supervise his field follow-up step by step in monitoring the work accomplished by Al-Nakhwah Company in accordance with the engineering designs agreed upon with the Engineering Department of the Ministry of Education in Baghdad and the Directorate of Education of Nineveh province.

Mrs. Warda gave guidance on the construction specifications and timing of full completion.

The reporter of Nergal News Network, met Mr. Yohanna Yousif Tawaya, and asked about the project. He said that the building includes eleven classrooms with other rooms for administration, teaching staff, services and two floors. It is hoped that the full completion will be completed by the end of February or after March, and the completion of the project is financed and supported by a group of French charitable organizations.

It is to be mentioned that this school was blown up and destroyed completely by the terrorists ISIS when they occupied the center of Hamdaniya district. 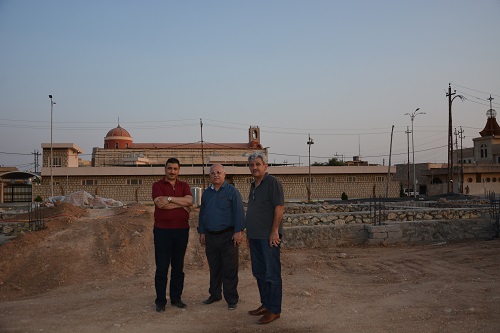 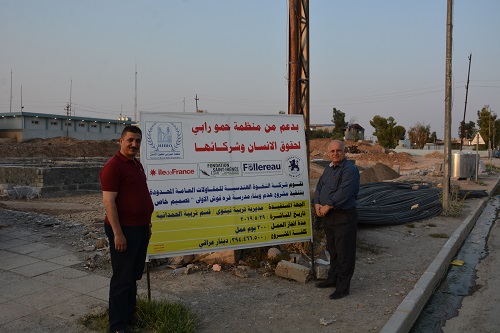