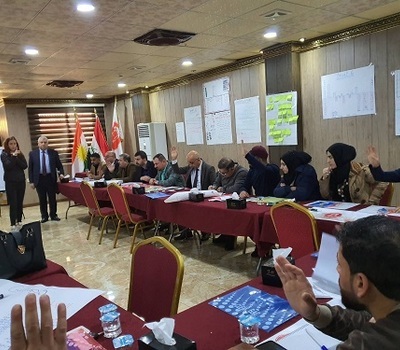 Hammurabi Human Rights Organization held an advanced training workshop in Ankawa-Erbil on 7/2/2020 for a period of five days within the framework of a program implemented by the organization to train teachers both male and female from Nineveh province in order to enhance their capabilities in spreading the values of pluralism, religious freedom and social cohesion peace.

Twenty eight teachers participated in the workshop as the training program included lessons in the mechanisms that should be adopted to develop the persuasive capacity of the trainees in a way that qualifies them to be trainers in spreading the values of tolerance, solidarity and partnership among citizens, and promoting religious freedoms and concepts of pluralism.

The workshop was inaugurated by Mr. Yohanna Yousif Tawaya, head of  Hammurabi Human Rights Organization branch in Erbil, the director of the project, who said” that as the organization undertakes this project, it is hoped that the participants will convey and apply what they will learn in the framework of the volunteer mission that they should undertake in order to promote the milestones community with the goals of human rights to protect the dignity and rights of all Iraqis without exception”.

Mrs. Rita Issa Al-Banna member of the General Board of Hammurabi Organization assisted the management of the workshop, while Mrs Lena Aboudi trained the participants in cooperation with Mrs. Miranda from the Hardwired Global Organization supporting this project.

Mr. Louis Marqos Ayoub, Vice President of Hammurabi Human Rights Organization and Mr. William Warda, Public Relations Officer of the Organization attended a part of the workshop, where Mr. Warda in his directive speech indicated that the presented contents represent a valuable opportunity to arm with the values of solidarity, brotherhood, partnership and other civil values that are the basis for building any society in a way that guarantees the rights and dignity of all while ensuring to reject and remove all phenomena of hatred and discrimination.

It is to be mentioned that this workshop comes within the framework of a complementary work to a previous workshop held by Hammurabi Human Rights Organization last October for a period of four days, during which the participants received initial training in promoting pluralism, religious freedom and societal peace. 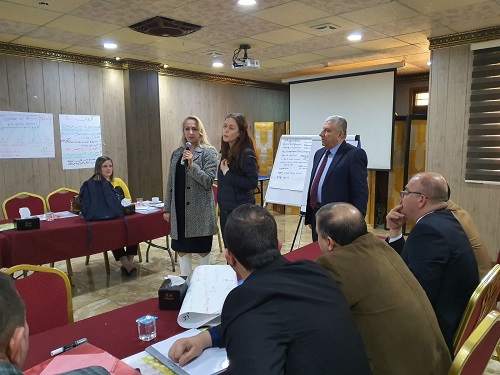 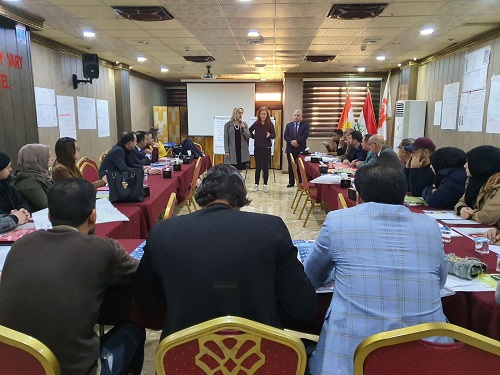 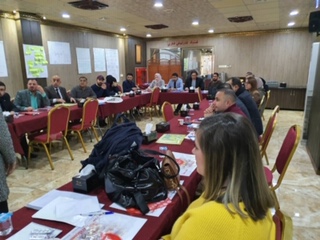 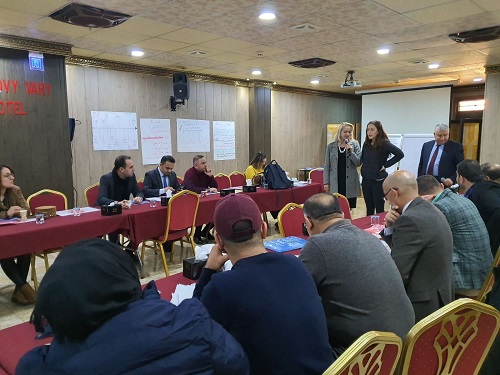