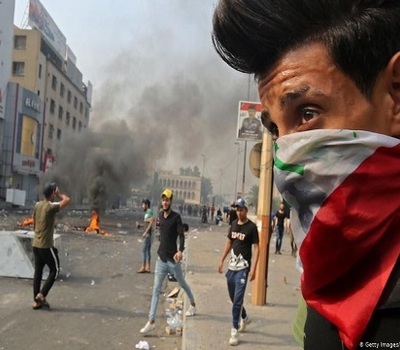 On demonstrations and accompanied events

Hammurabi Human Rights Organization has available summaries of the size of the crisis and the tragedy that Iraq is going through, stressing that the measures adopted so far are still inadequate and ineffective, and are tainted by complications and phenomena of neglect and negligence and intransigence in prolonging the crisis while honorable positions require elevation of working conditions within the framework of an operation room and coordination in which participants address all the vocabulary of this crisis.