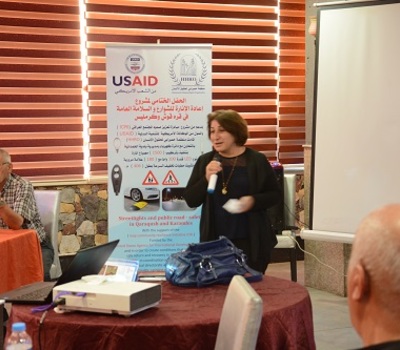 On the evening of 30/5/2019, the center of Al- Hamdanyia district witnessed a ceremony and a breakfast banquet organized by Hammurabi Human Rights Organization in coordination with United States Agency for International Development (USAID), on the occasion of the conclusion of the project of lighting the streets as well as ensuring the safety of roads in Karaqoush and Karamlis.

The program included a speech by Mrs. Pascale Warda Chairwoman of Hammurabi Human Rights Organization focusing on the importance of the work of organizations in building the country, and the role of Hammurabi Organization in promoting the return of displaced people to their areas in Nineveh Plain and in many areas in the other liberated provinces and the organization's relief and awareness programs.

Mrs. Warda also talked about the project of lighting the streets as well as ensuring the safety of roads in enhancing stability and achieving security and the role of the service departments benefiting in this project as (Al Hamdanyia Electricity Directorate, Al-Hamdaniya Municipality and Traffic Department in the district) for their great role in overcoming all difficulties and obstacles to the success of the project and commended their efforts in this regard.

Engineer Amir Saadallah Assistant Director of the Department of Electricity in Hamdaniya district deliver a speech explaining in details the value, the importance and the quantity of lighting installations in both the center of Karaqoush and Karamlis, which amounted to 1500 installation of 100 watts in capacity as well as the replacement of 65 lamps 400 sodium with the rest of the accessories of transformers, thanking all the contributors to the project from United States Agency for International Development (USAID) and the implementing agency Hammurabi Human Rights Organization, the local government in the district of Al-Hamdaniyah and the Council of Al-Hamdaniya district for their efforts in overcoming the difficulties and providing the best to complete the implementation of the project.

At the end of the ceremony he presented an appreciation shield to Hammurabi Human Rights Organization for its great efforts to enhance the stability of the returnees to Nineveh Plain through its programs in the field of humanitarian, human rights and service.

The Director of Al-Hamdaniya Municipality, Engineer Yohanna Behnam, delivered a speech praising the technical, humanitarian and practical value of the road safety project, which included the installation of 180 traffic signs and 406m of industrial bumps that significantly alleviated traffic accidents in the two cities.

The attendees were to be briefed on the nature of the project and the mechanisms that were implemented by Hammurabi Human Rights Organization and in cooperation with the government agencies benefiting from (Hamdaniya Municipality Directorate, Hamdaniya Electricity Department and Hamdaniya Traffic Branch).

Mr. Louis Marcos Ayoub, provided a detailed explanation using the application of (Power Point) displaying the stages of the project from obtaining the official, administrative, technical and legal approvals and submission of the project to the USAID donors and to the arrival of equipment and supplies for the bulbs, traffic signs and optical structures and their entry into the stores of those institutions and then the starting of the work according to a plan drawn within a specific time frame until the completion of the project in the best image during a period of time lasting 90 days.

Mrs. Pascale Warda distributed a shield of thanks and appreciation to both the donors and the administrative authorities of the Board of Directors and the Council of Al-Hamdaniya district for their efforts and perseverance with the organization to achieve the project of (lighting the streets and roads as well as transportation safety in Karaqoush and Karamlis).

At the end of the ceremony, Hammurabi Organization and its partner United States Agency for International Development (USAID) organized a collective breakfast banquet in recognition of Muslim fasting guests and to create a community partnership among the diverse religious and ethnic components of Iraqi society. 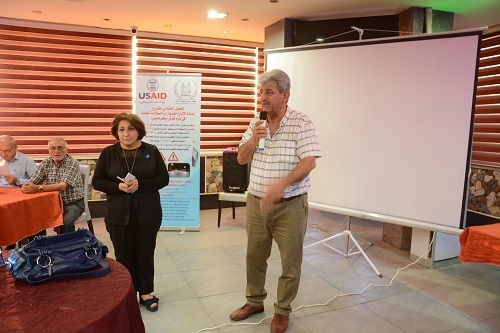 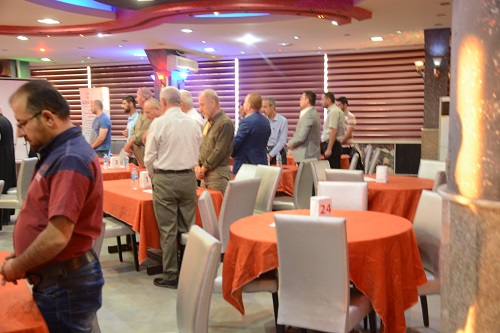 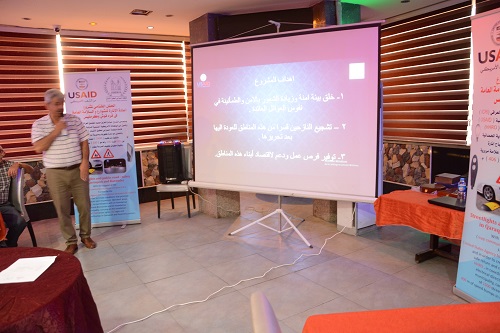 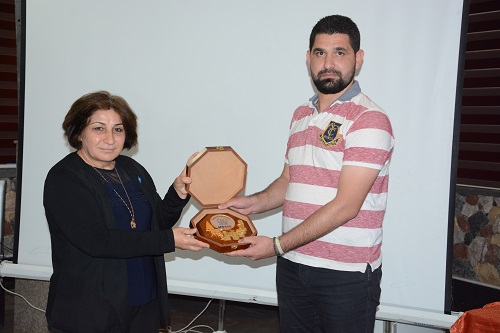 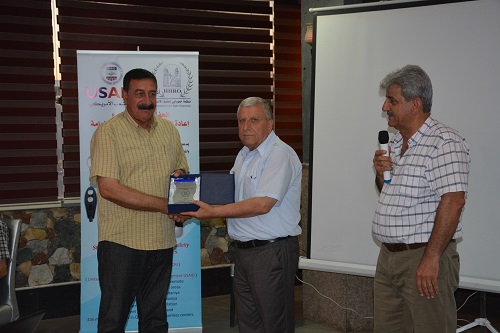 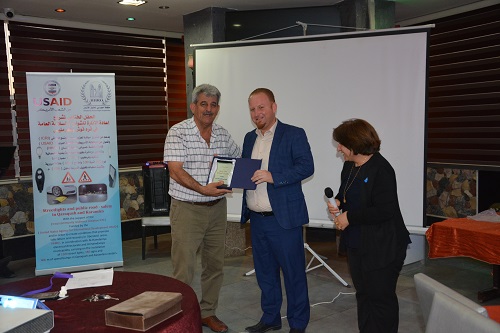 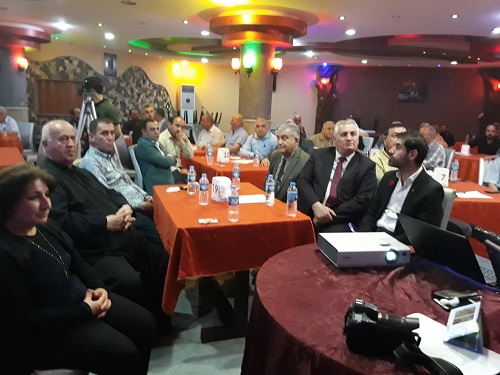 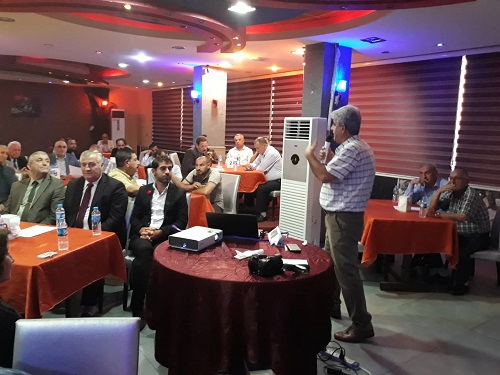 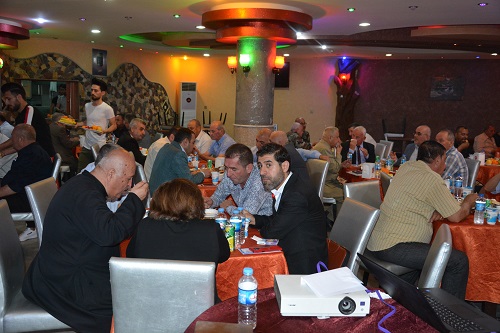