Mr. Warda doubts the ability of the Iraqi judiciary to achieve justice and confront corruption amidst the sectarian and regional quota system 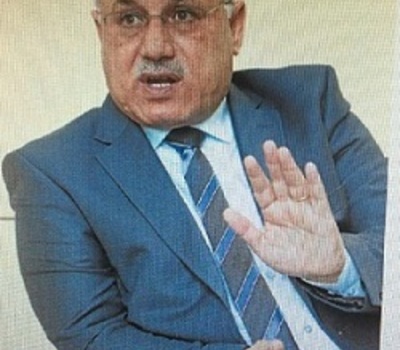 ·       Mr. Warda doubts the ability of the Iraqi judiciary to achieve justice and confront corruption amidst the sectarian and regional quota system

Mr. William Warda (President of the Alliance of Iraqi Minorities and the Public Relations officer of Hammurabi Human Rights Organization) confirmed that as long as corruption is part of Iraq and has a foster represented by the sectarian and regional quota system, among atmospheres of (cover my mistakes and I will cover yours) where deals are being made, then in my opinion, the Iraqi judiciary cannot confront this phenomenon and I doubt that this justice system will have a role in achieving justice, therefore the Iraqi government has the right to ask for international investigators, especially that those affiliated in corruption are of high ranks and positions in the government and has the necessary strength to protect themselves, I have no doubts in the existence of just judges but under the veil of fear they cannot undertake their duties properly, Mr. Warda renewed his confirmation that it is an important step for the Iraqi government to ask for the help of international investigators.

While being on ANB TV channel, Mr. William Warda added during a talk show at 10 am on the 15th of August, (the Truth, regardless of the exchanged allegations during the questioning of the minister of defense in the parliament, there are two facts which everyone agrees upon, corruption exists in the highest order of the Iraqi government and it continues to spread rapidly among its political, security, economic and social elites, and maybe among its religious and regional elites, while the other fact is that the regional and sectarian quota system played and continues to play a role in preserving corruption and therefore it isn’t possible to cover this file which began to affect everything, therefore confrontation and honest statements were given while there are politicians trying to cover the corruptionwhile officials in the highest order of the government are affiliated).

In regards to the quick investigation with the parliament president Dr. Salim al-Jabouri, Mr. Warda said that to lift his immunity for one day while conducting the investigation during the same day and reaching the decision that he is innocent, this process raises much doubts, at least to convince the Iraqi public opinion of what happened, because reading all these files, sorting them and then exposing the truth requires a certain period of time and what happened represents a disregard to the public intelligence.

(it is my right to add here, if these accusations were directed to a simple citizen, he would have stayed under investigation for months, therefore, the Iraqi citizen has doubts in the ability of the Iraqi justice system to solve the issue of corruption and achieve true justice, therefore the need for international investigators raises to give justice to the victims and restore public money which has been robbed while Iraqis need increases which represents a power to expose the corrupt ones).

As a response to a question by the presenter of the program, is the Judicial System part of the corruption structure?

Mr. Warda responded, corruption has penetrated the body of the government, with all its authorities and institutions, but that does not eliminate the fact that there are just and honest judges, but under the veil of fear and violence those honest people cannot work and achieve what they aim to achieve, this reminds me of the saying of Jesus Christ (But if the salt loses its saltiness, how can it be made salty again?), Iraqis refuge is the justice system, and when this body is injured with corruption and becomes part of the corruption structure, then the Iraqi citizens will have no refuge.

The mission of the state is to accomplish justice and protect the rights of its citizens, currently we’re facing a real problem, because without accomplishing that there cannot be development, stability and civil peace, we really need a courageous, just and strong judicial system.

Mr. William added: (There is much deception and dishonesty within the public speech of the parliament, the political parties and the authorities, otherwise you would not have seen all those protests and sit-ins, one of the clear examples of such dishonesty are the numerous promises to Iraqi citizens of developing the electrical structure since 2003, the promises were repeated again and again, promising to improve the electrical structure, but until now there are not any developments in this regards, which gives the citizens the right not to trust the proposals of the politicians, the political parties or the authority).

Mr. Warda finished his talk by saying: (It is sad, that Iraq, the country of the law of Hammurabi, needs to use the UN to protect the country through the help of international investigators, we have many laws, but it does not live up to the social, political and economic changes, therefore it needs to be improved and renewed in accordance with the international laws and the new Iraqi reality, politically, socially and economically, while the old laws should be put in special museums just to be checked as Iraqi relics, enriching the national and international museums).