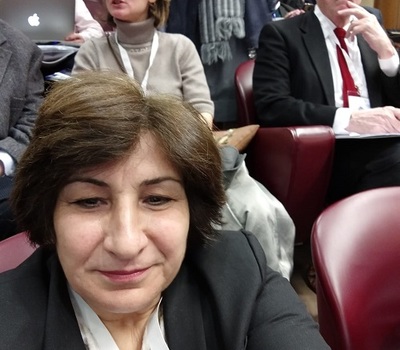 In the presence of more than one thousand and two hundred experts, Mrs. Pascale Warda, Chairwoman of Hammurabi Human Rights Organization participated in the international conference held at the Vatican on 7/3/2019 under the patronage of His Holiness Pope Francis, and discussed the issues related to development and its requirements to meet their complexity and the need for sustainable development efforts and their impact on world peace and peace within a single society.

As part of this, Mrs. Warda said in an intervention:

From a very early date, the United Nations gave the title of development and peace a place of interest in the framework of the noble purposes that came out of its charter, as well as within the framework of the Universal Declaration of Human Rights of 10 December 1948. Any objective reading of international texts on the rights of children, women and ethnic and religious groups gives a clear picture of the attempts to link the debate between development and peace, considering that all the international texts issued by UNESCO or the Human Rights Council in its previous form when it was under the name of the Commission on Human Rights ,where the international legislator is keen to include an address including development and peace as part of these texts, but the remarkable development in this was part of the UN report entitled Our Common Destiny in 1987, which affirmed that peace remains fragile and unstable, unable to meet its entitlements without general development and human development, with a degree of communication and the ability to connect dialectically between development, justice and integration.

Then Mrs. Warda addressed the issue of development in Iraq and the magnitude of the influences that put pressure on development according to the following points:

First: The sharp political changes that have taken place in Iraq since the middle of 1958 and so far destroyed many of the developmental features that could have promoted the country. In this context, the worst period that destroyed all the developmental foundations was during the period of the former dictatorial regime from 1968 until the year of change and the removal of this unjust political regime in 2003 where Iraq entered into regional conflicts and wars, most notably the 1980-1988 Iran-Iraq war, the invasion of Kuwait in 1990 and the consequent collapse of the entire economic and banking structure. During these two wars, Iraq lost more than three million people, the victims of the wars waged by Saddam Hussein, and destroyed many service and agricultural institutions.

Second: the stage after the change and the fall of the dictatorship that began from April 2003 until now, and can be divided into destructive situation in two stages:

The first stage: was the sectarian violence between the two main Sunni and Shiite components and the subsequent demographic breakdowns, especially against the Iraqi minorities (Christians, Yazidis, Kakayis, Shabak, Turkmen, Sabean Manda'is, Baha'is and other minorities) and the subsequent armed violence.

The second stage: which was linked to the time of the terrorist invasion of ISIS, which cleared vast areas of Iraq, was the most destructive of what happened in the province of Nineveh to the cities and towns and villages of this province, has commissioned Iraq to liberate the areas invaded by the call for enormous efforts, where terrorism has caused more than 3 million displaced people and refugees inside and outside Iraq, as well as many acts of brutality of captivity and murder and forced to change religious affiliations and the confiscation of property and images of the field achieved from that countless.

In conclusion, all these wars and other anomalies have come to the elements of development in full. The Iraqi treasury has been forced to pay huge sums that could have raised the country, cost millions of lives and destroy cities and cultural and heritage sites.

I am here to talk about the horrors that have occurred. In addition, what happened was a systematic destruction of development and thus a destruction of peace in Iraq internally, within the framework of its regional and international relations, and also the destruction of civil peace.

We are now in Iraq within the so-called transitional stage, noting that the cleaning the country from terrorism and armed violence has not yet been completed, and may require additional time as well as political conflicts, corruption and development confusion on many elements of real development to achieve full peace in the country and to consolidate the parameters of civil peace and that is a truly civilized task. Need to pass development plans of political rivalries and develop policies that put an end to corruption and pilot activities while taking care to invest international aid in this direction. 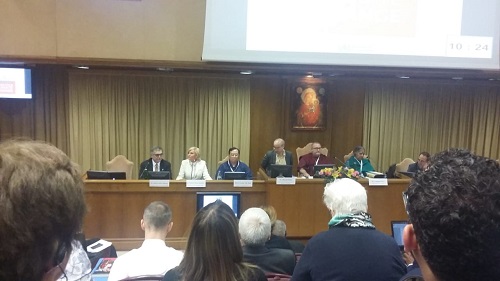 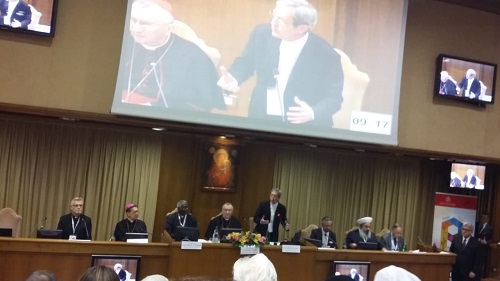 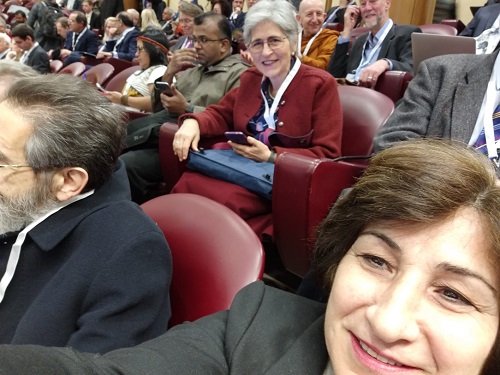