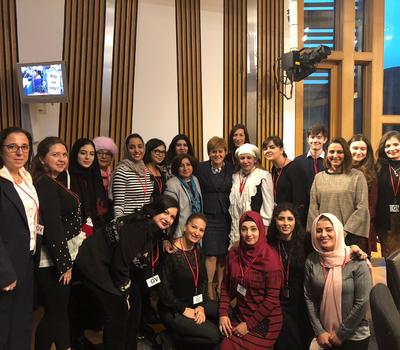 Mrs. Pascale Warda, Chairwoman of Hammurabi Human Rights Organization, Former Minister of Migration and Displaced, participated in the workshop held by the Beyond Borders Scotland Organization in Edinburgh, Scotland, from December 3rd, 2018 to December 9th. The workshop was held to assess the achievements of the UN resolution no. 1325 on the involvement of women in the peace, security and decision-making process. The workshop was attended by human rights figures from various Arab countries, which are witnessing bloody conflicts such as Syria, Iraq, Lebanon, Libya and Tunisia.

The workshop included training on means and mechanisms for the care and practice of negotiation and conflict resolution by peacemakers.

Mrs. Warda made important deliberations in this regard as a result of her field experience in dealing with the problems during her term as Minister of Migration and Displaced, as well as the Chairwoman of Hammurabi Human Rights Organization and her field efforts in this regard.

It is to be mentioned  that number of legal specialists and observers of the facts of the conflicts have made important interventions on ways to promote the values of peace in the framework of the tasks carried out by the United Nations, as well as specialists who contributed to extinguish the former Irish conflict.

On the sidelines of the workshop, the Prime Minister of Scotland met Mrs. Pascale Warda, and number of participants in the workshop.

On 5/12/2018 Participants of the workshop, including Mrs. Pascale Warda answered the invitation of the granddaughter of the former King of Scotland to dinner at the Royal Hall of the Royal Palace. 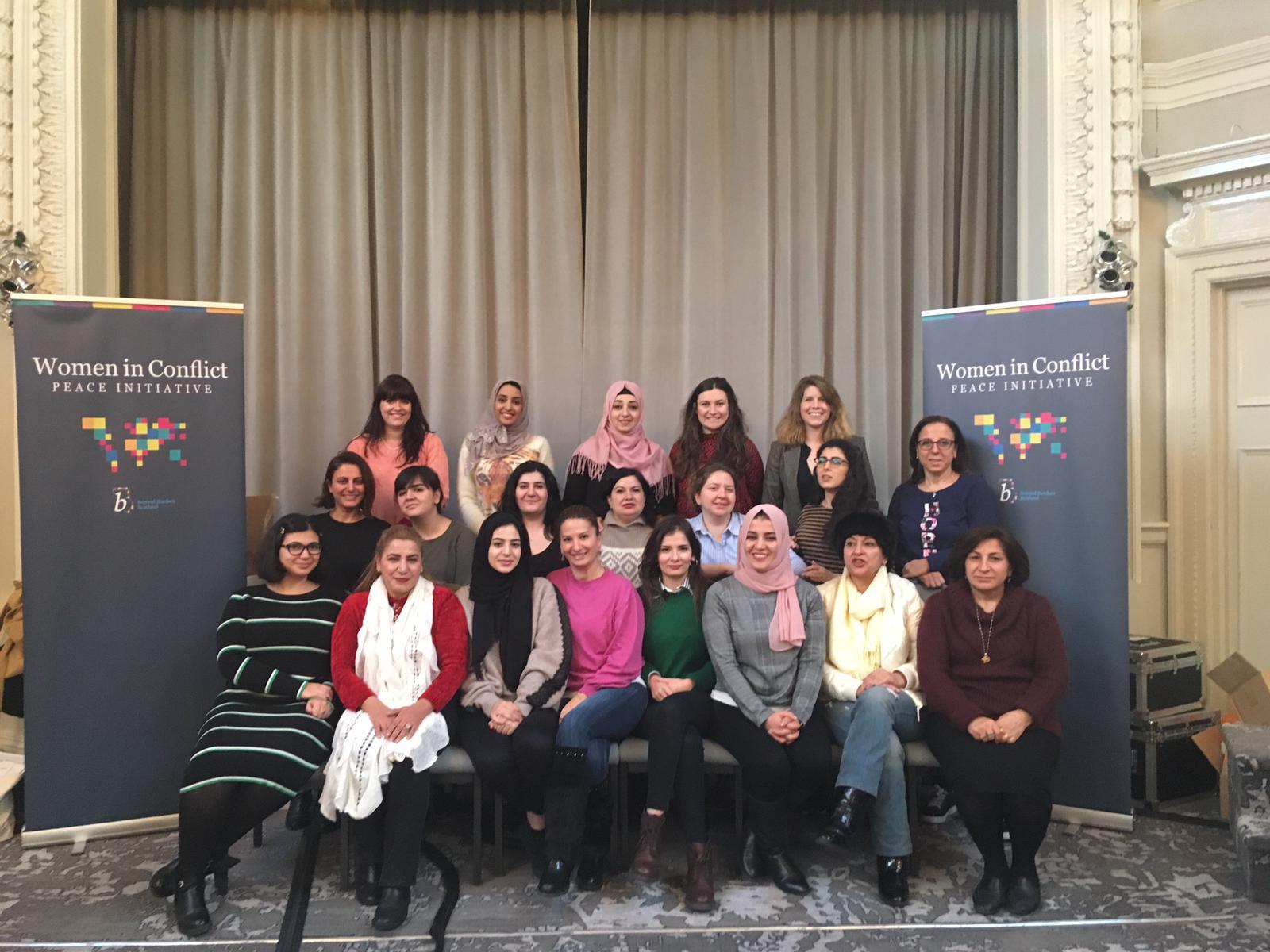 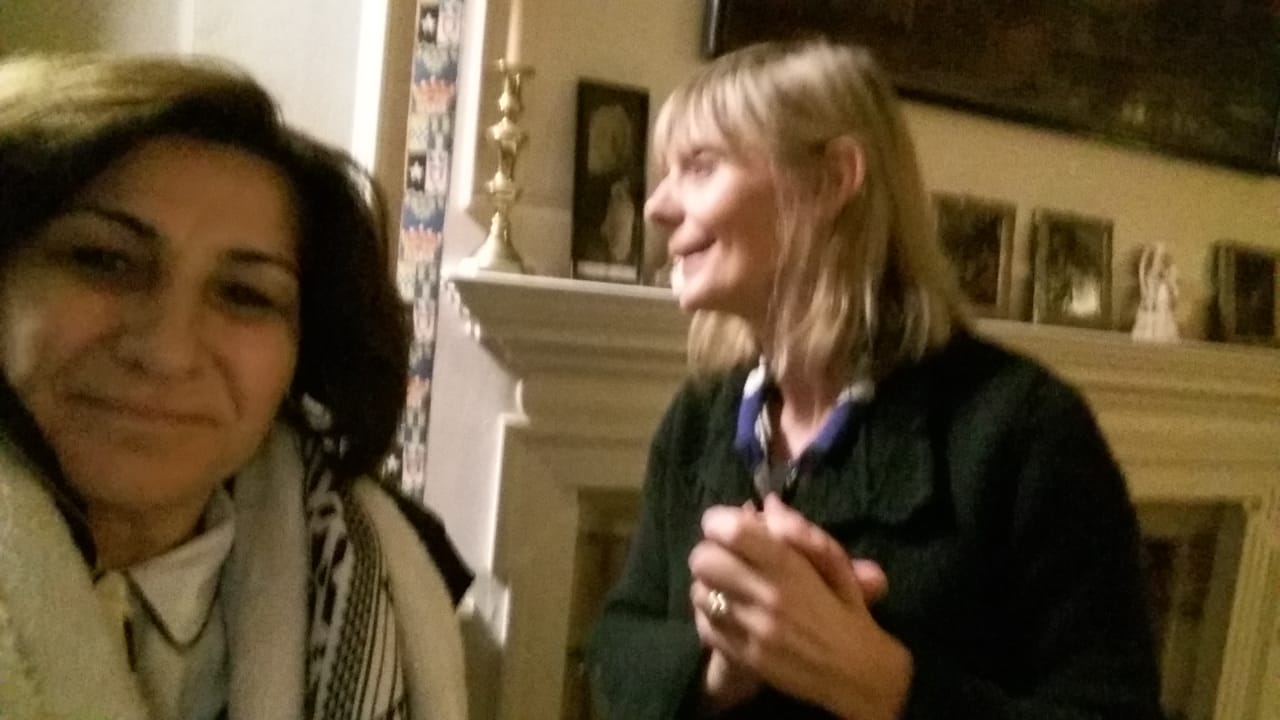 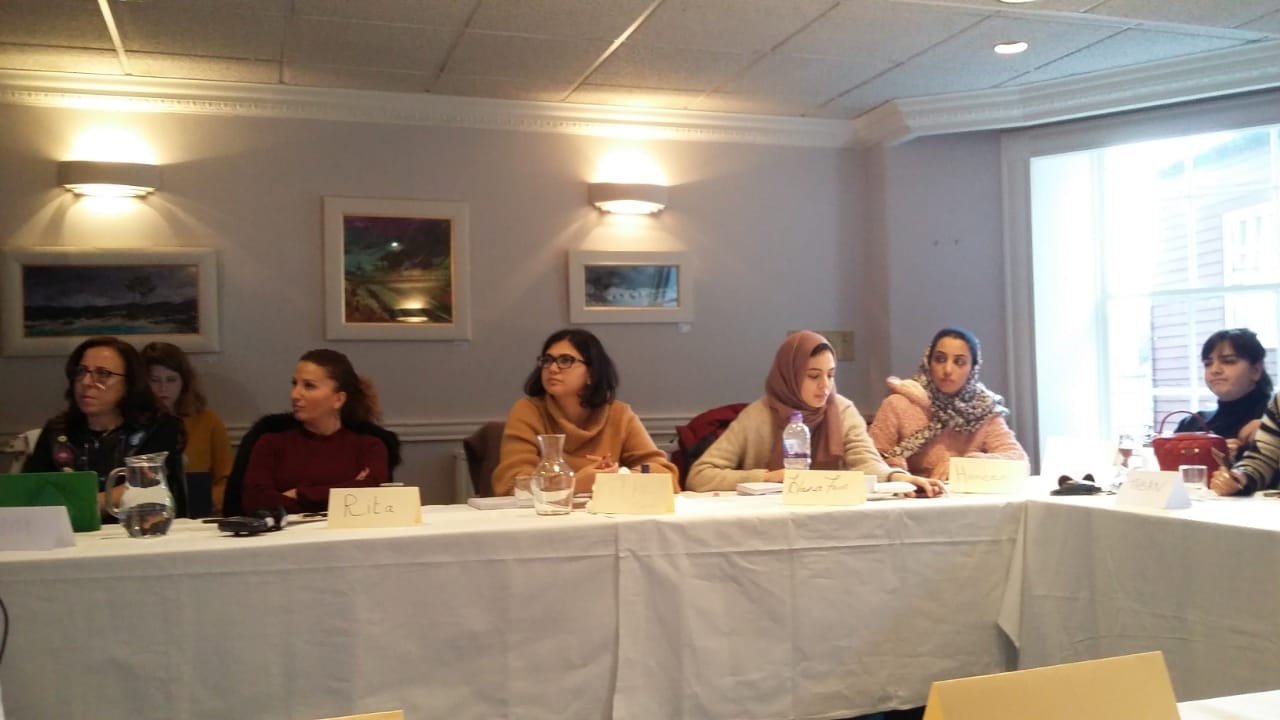 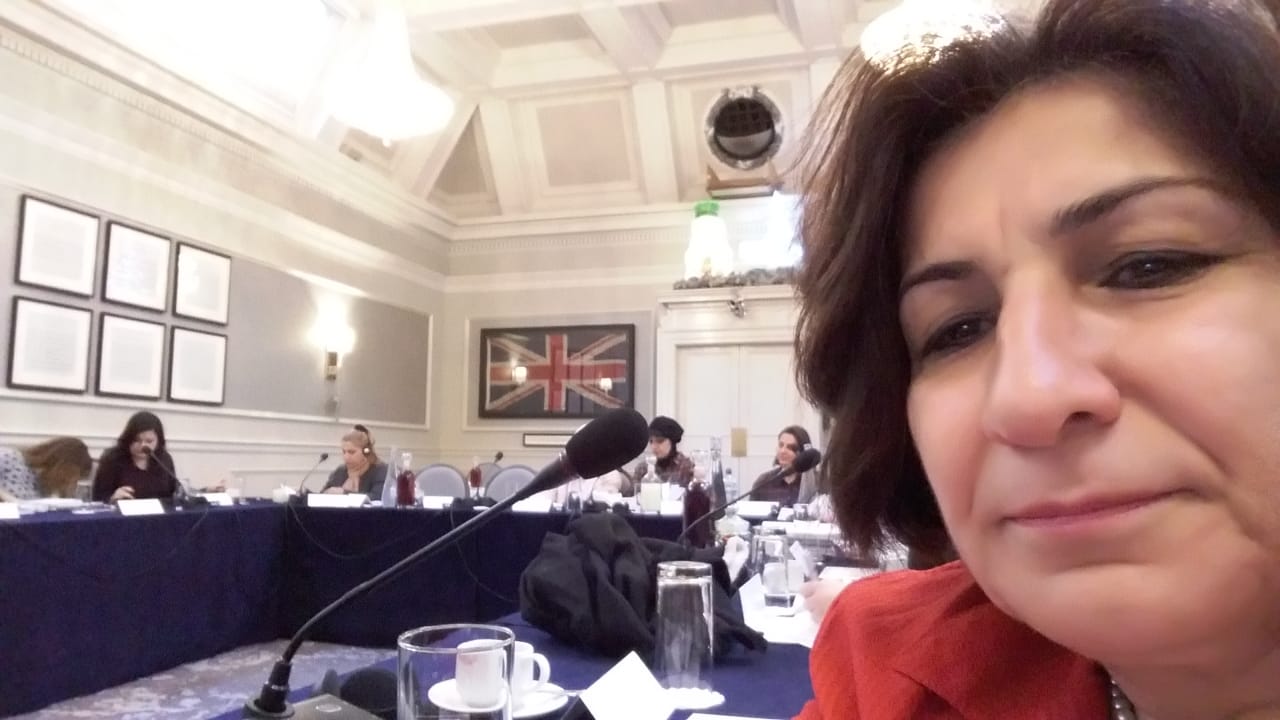