Within the campaign of Hammurabi Human Rights Organization to promote the culture of volunteerism and in cooperation with Al-Mustansiriya University / Mustansiriya Center for Arab and International Studies, a symposium was organized entitled "Volunteerism promote the homelands" 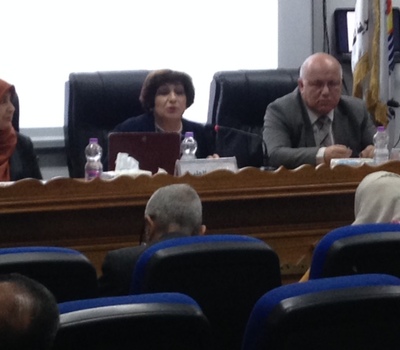 As part of the mobilization campaign, Hammurabi Human Rights Organization organized a symposium entitled "Volunteerism promote the homelands"  in cooperation with Al-Mustansiriya University / Mustansiriya Center for Arab and International Studies, to promote the culture of volunteerism and its impact in promoting this culture and its positive impact on sustainable development in Iraq.

The symposium was held on 19/2/2019 at the presence of professors and head of departments where the two keynote speakers were Mrs. Pascale Warda Chairwoman of the organization and Mr. William Warda Public Relation officer of the organization.

Mrs. Pascale Warda focused on the principles of human rights based on the international and national standards under the legislation and laws in force, stressing that any violation of the rights of the Iraqi citizen in a particular part is a violation of all rights because human rights are indivisible

Mrs. Warda added that Human rights means preserving human dignity and said that we in Iraq are not far from it adding that we are proud of the fact that our country has witnessed important field addresses and many countries in the world have accepted the equality of men and women in wages since Mrs. Nazihah Al Dulaimi has assumed a ministerial portfolio as she imposed the terms of equal payment between them set a framework for economic and social justice.

Mrs. Warda also addressed the international standards, noting that the implementation of these standards is to serve progress and democratic advancement and enhance opportunities for progress in all areas of content. The basic value is respect for citizenship rights and building a civil society based on equal opportunities.

Mrs. Warda convey to the audience Hammurabi's experience in this field stressing that nothing can be cherished and cared for full care only to ensure the humanitarian conditions of human life, and cared for only by ensuring the humanitarian conditions of human life and that this principle is one of the goals of Hammurabi Human Rights Organization and the basic premise for any real development maintain dignity and meet the needs.

Mr. William Warda then discussed the values of volunteerism and its importance in liberating the society from dependency pointing out that the government is always blamed on the phenomenon of service, economic or cognitive shortcomings. The society can undertake many developmental and solidarity activities through volunteering.

He pointed out that Iraq does not miss this approach since Early Dynastic Period, there were seasons of planting, harvesting and hunting depends on solidarity volunteer work between the human complexes of the population of Mesopotamia.

Mr. Warda talked about the principles and objectives of volunteering and that there are mechanisms in this regard using the incentives of panic, which are common among the Iraqis and a basic part of their general behavior, and then dealing with experiences of volunteering that persisted in the general national mind and that the citizens in the district of Tilkef in the province of Nineveh volunteered in a collective work for the tiling of this city when the government was unable to cover this service project . It was the first Iraqi district accomplished by volunteering.

Mr. Warda also discussed the elements of volunteerism, the skills required and the need for timing related to the place and position required. He also referred to groups of young people in Mosul who expressed their willingness to clean up the city from the debris of the period of ISIS occupation .The contact was with Hammurabi Organization to provide them with few simple logistical supplies and performed a very important voluntary work because they have returned part of the beautiful face of Mosul.

Mr. Warda stressed that the success of volunteering requires a good governance and alertness based on mobilizing inspiration and diligent follow-up, it is therefore necessary to select the mechanisms and capacities that will follow the lead in this area.

There was extensive discussion among speakers and professors with great interest. 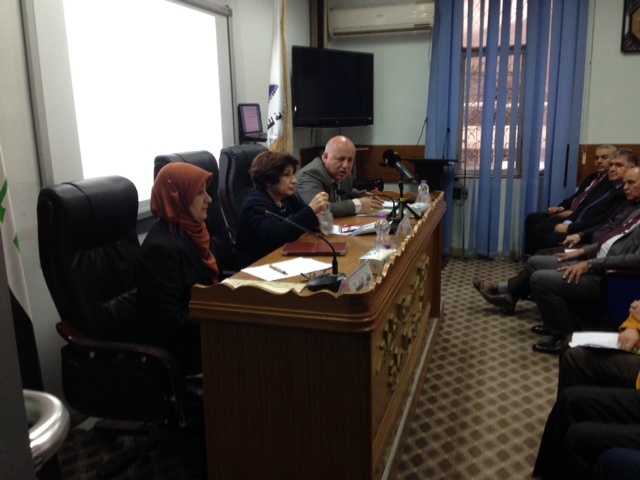 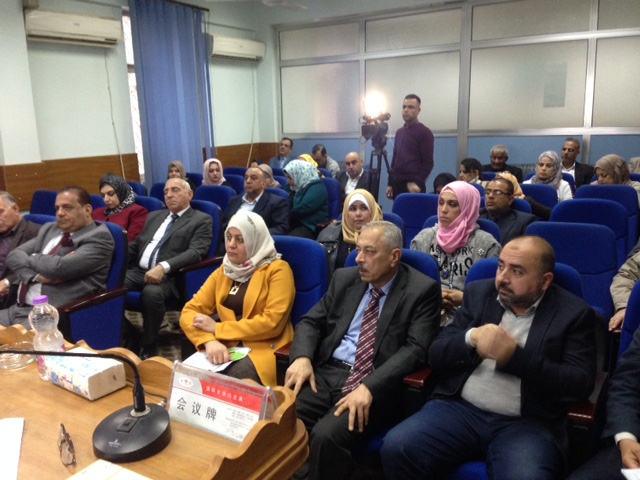 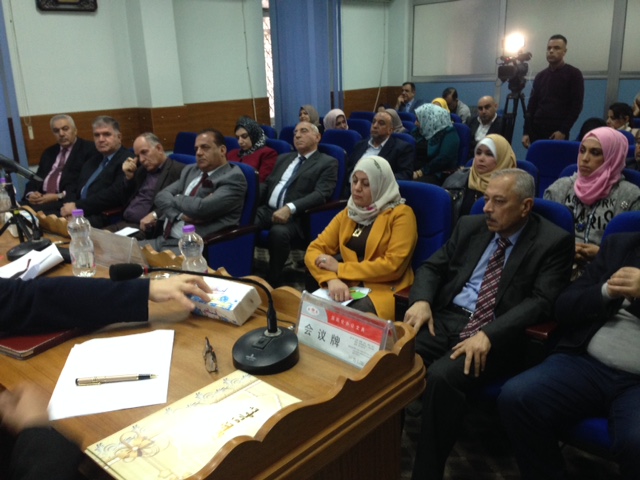 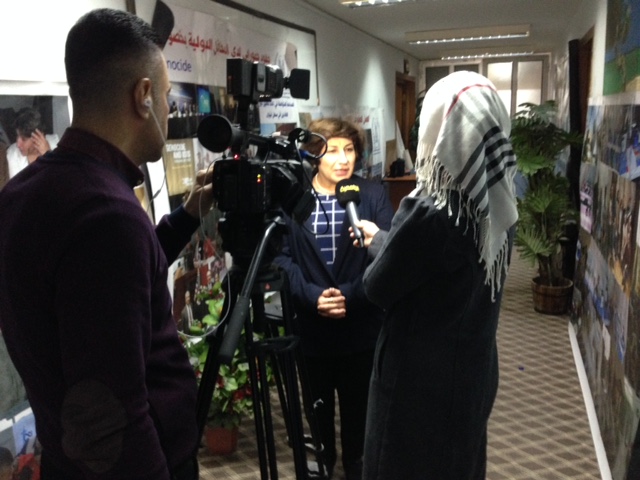 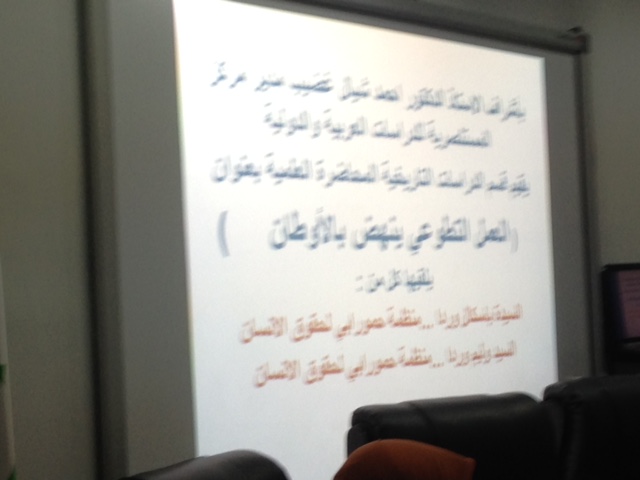 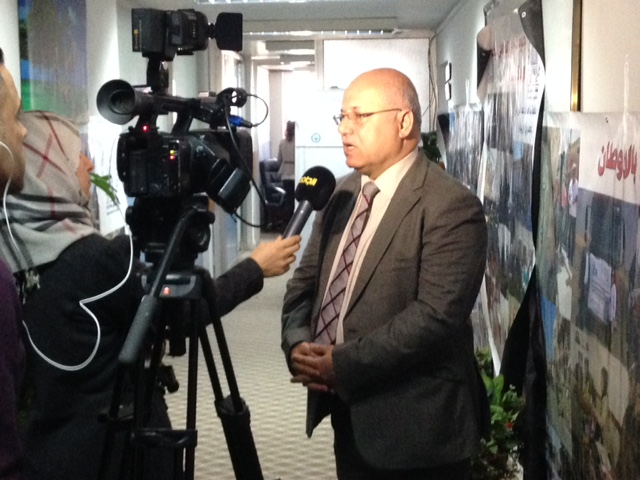 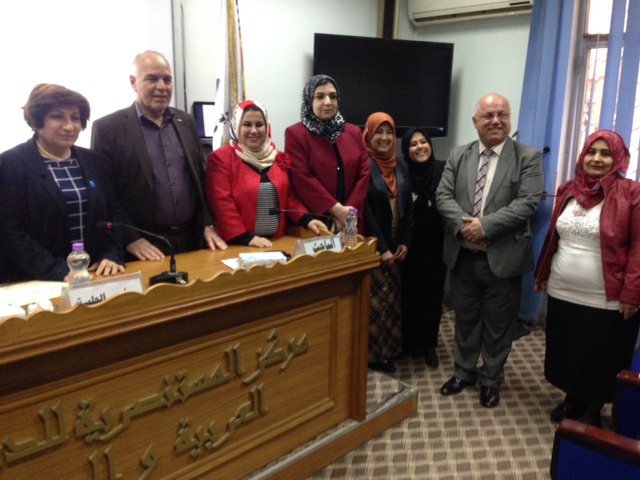