Positive echoes of Mr. Warda intervention and a response to the dangers of Article 26 the 2nd of the Unified National Card Law on the rights of non-Muslim Iraqis 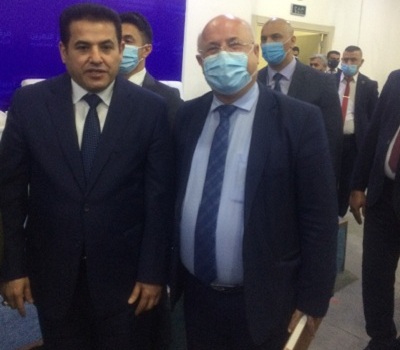 Positive echoes of Mr. Warda intervention on the efforts made by Hammurabi Human Rights Organization regarding dangers of Article 26 the 2nd  of the Unified National Card Law on the rights of non-Muslim Iraqis referring to documented information about the extent of Hammurabi Organization has gone in diagnosing dangers of this article to the rights guaranteed by the Constitution to non-Muslim Iraqis.

The intervention of Hammurabi Organization came during the hosting of Capni organization among a group of experts and activists for a seminar held on 10th of December 2020 in Duhok the day that coincides with the anniversary of issuing the Universal Declaration of Human Rights in 1948, especially as Iraq is one of the countries that ratified it.

Observers described Mr. Warda's intervention as worthy of attention given that Hammurabi organization has taken the necessary administrative and legal mechanisms organizing series of activities since 2009 and was further strengthened in 2012, including seminars, workshops, issuance of notes and statements, and in a subsequent development of these activities, holding meetings with the Presidency of the Republic and with the head of the state's Shura, as well as meetings with parliamentarians and with the Chairman of the Council of Ministers, and civil organizations to join their efforts on this path.

Documenting activities carried out by Hammurabi was on defined dates received official responses from the concerned authorities using texts of constitutional articles as well as provisions of international conventions and instruments on protecting identities of ethnic and religious groups that Iraq is one of the signatories to be bound.