• The second training workshop concluded its work on discussing national reports on the implementation of the Convention on the Rights of the Child in accordance with the mechanisms of the United Nations. 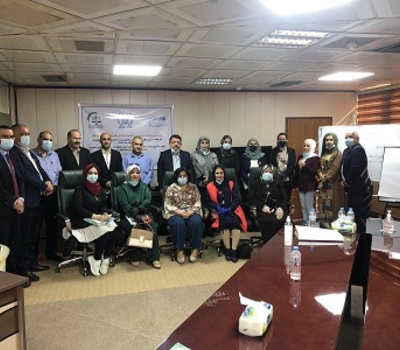 The second training workshop was concluded after continuous training work including lectures and discussions dealing with the Convention on the Rights of the Child within the framework of introducing the provisions of the Convention, as well as introducing the Committee on the Rights of the Child and the executive adopted authorities, the stage of the preliminary study of the state report, the stage of sending the list of issues for the report, as well as the stage of presenting conversations and forming a state delegation and preparation for discussion in terms of information and statistics, focusing on the importance of psychological and moral preparations and time management in this regard, and how to deal with reports prepared by civil society organizations (shadow reports) or mechanisms for discussion and interactive dialogue with the government delegation and the necessities required to update government information within the framework of presenting written supplementary reports, as well as how to deal with the observations of the Human Rights Committee and the mechanisms for implementing these observations.

The workshop focused on discussions aiming not only to write government reports on the implementation of the Convention on the Rights of the Child, but also to promote a culture of human rights and gain knowledge in this regard and the necessary endeavors to support the reports with information and statistics while taking care to implement them.

Five news reports and television interviews were issued by the workshop. On its last day, the workshop practiced number of activities presenting exploratory briefs by the participants on the knowledge developments.

The reporter of NERGAL News Agency met Mr. William Warda, the project manager, who stated that the graphical completion line of the second workshop represents a qualitative step to complement the first workshop and that he feels satisfied of the impetus deductive knowledge obtained by the participants in the workshop.

It is to be mentioned that the workshop was held at the headquarters of the Ministry of Justice on 8/11/2020, in implementation of the Advocacy and Capacity Building Project to support the Iraqi government to achieve the obligations related to children's rights, which is a training program for the government team in charge of preparing reports on the Convention on the Rights of the Child.

The third workshop is expected to take place on Sunday 15/11/2020 at the headquarters of  the Ministry of Justice, for a period of five days aiming to receive knowledge to benefit from the observations received between the treaty committees and how to employ them in planning a national policy that leads to a qualitative shift in the field of human rights.